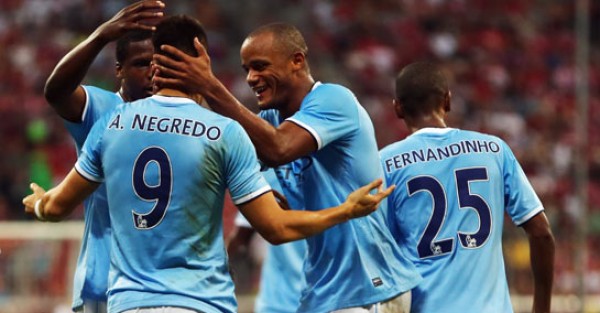 Edin Dzeko had given City the lead when he slid in to score the game’s first goal of the match. Ivorian, Cheik Tiote scored a long-range goal which was disqualified as Gouffran was adjudged to be offside. Alvaro Negredo’s goal sealed victory for the Mancunian Blues.

If Arsenal can thump Aston Villa today (Monday), the Gunners will displace Manchester Blues at the top.

Liverpool defeated Stoke City by 5-3 in Saturday’s late kick off as Suarez continued his fine form and Sturridge marked his return after an injury-layoff with a goal. Liverpool is now fourth on the British Premier League table.

CAF Awards Prove ‘Nigeria Is Back’