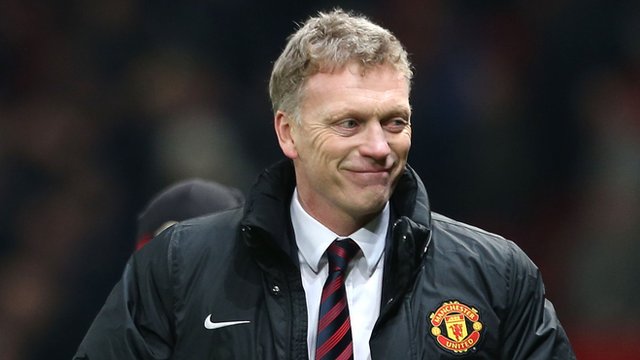 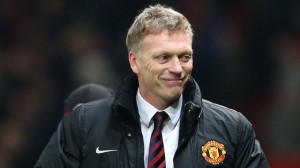 Manchester United boss David Moyes hopes his side can build on their 2-0 home win over Swansea, which ended a three-game losing streak in 2014.

Antonio Valencia and Danny Welbeck scored second-half goals as United moved to within four points of fourth-placed Everton in the Premier League.

“I hope a long way better is to come. I would like to think it would improve an awful lot,” Moyes said.

“But you have to start somewhere and I think today was more like it.”

Victory came after a difficult week for Moyes in which his side lost to Swansea in the FA Cup third round and were beaten in the first leg of their Capital One Cup semi-final by Sunderland.

The Scot, 50, was charged by the Football Association for comments he made about referees after the game at the Stadium of Light.
But an inspired performance by teenager Adnan Januzaj, who had a hand in both goals against Swansea, means the Red Devils will travel to Chelsea next weekend with renewed confidence.

Moyes, who gave Januzaj his first-team debut in the Community Shield in August, praised the 18-year-old’s attitude.

“He’s been [fearless] since day one. I speak to him a lot and he tells me he can play anywhere, he would have no problem. He’s not a nervous boy,” Moyes said.

“He needs teaching because he is still learning the game but his natural talent and ability is up there with the best and I think in time he will prove to be that.”

The Belgian-born winger has already made an impact this season, scoring twice in a 2-1 win over Sunderland on his first Premier League start.

And in the absence of injured strikers Wayne Rooney and Robin van Persie, who Moyes denied would be out for six weeks with a thigh injury, he underlined his growing status with an accomplished performance as United ended a run of four defeats in six home games.

Januzaj, who has Kosovan-Albanian parents, has been sounded out by the Football Association to see if he would represent England, having never played senior international football.

Moyes played him behind striker Welbeck in the first half against Swansea, and he crashed a free-kick against the crossbar. But after being switched to the left after the break, it was only two minutes before Januzaj’s cross found its way to Valencia, who slotted home.

And 12 minutes later his centre was cleared to Patrice Evra, whose shot was turned in by Welbeck for his sixth goal in six league games.

The United boss tried Januzaj in a more central area after his display in the midweek defeat by Sunderland, but switched him to the wing to get Shinji Kagawa on the ball.

“Adnan played very well behind the striker in midweek but he can play in all the positions around the front and I wanted to see if he could give us any more creativity and more chances,” he said.

“In the second half, Shinji gave us a bit more of a link in the middle and Adnan was absolutely fantastic when he went out wide.”