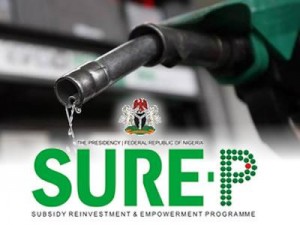 The Subsidy Re-Investment and Empowerment Programme (SURE –P) on Saturday in Abuja said 126,122 graduates have registered online for the Graduate Internship Scheme (GIS) project.

Mr Audu Maikori, the SURE-P Convener, Community Service, Women and Youth Employment, told the News Agency of Nigeria (NAN) the scheme was however targeted to create opportunity for 25,000 graduates.

He said the project only needed 25,000 graduates who would be attached to 7,000 firms across the country.

The SURE-P official said the beneficiaries would be mentored by the firms to enhance their employment opportunities.

“Six hundred and seventy graduates have been matched with some of the firms and 5,589 are still to be hired,’’ he said.

He added that some state governments had indicated interest in paying an additional N10,000 each to the beneficiaries to support the efforts of SURE-P for the scheme.

“I think that is a great thing. What we are trying to do is to work more.

“We are also reaching out to a lot in the corporate community, such as business organs and SMEs who I think will be the biggest beneficiaries.

“These small companies need support, especially when the government is not giving them loans. At least, the manpower is free,’’ Maikori.

“Having done that of Lagos state in December, we want to focus our attention on Kano state or Kaduna state and reach out to the people in the first quarter of 2014.

“We will go to the South-South, to a place such as Port Harcourt, especially where there are a lot of companies and not just in any state, but where the region has the most number of companies,’’ the SURE-P official said.

Speaking on challenges the programme had been facing, Maikori said the major one was the perception of politicians that the scheme was a PDP project.

“Many people are yet to believe in the selection process.

“The common thing is that people are expecting that they should all benefit from the programme at the same time,’’ the official said.

He expressed hope that many Nigerians would understand the benefit of the programme and key into it, with the sensitisation programme to be embarked upon in 2014.

Related Topics:NigeriaSure-pFederal Government
Up Next