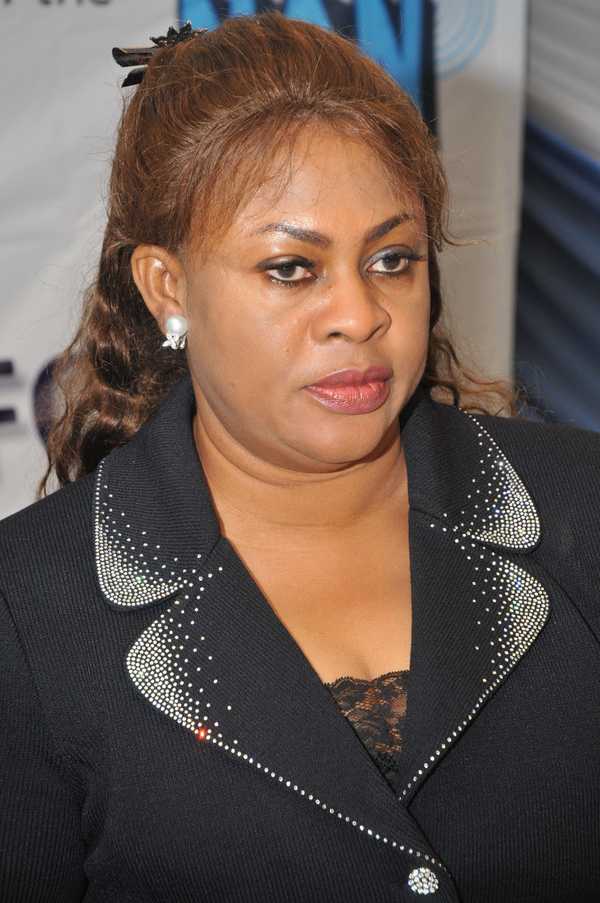 The Chairman of Nigerian Bar Association, Ikeja Branch, Mr Onyekachi Ubani together with the Coalition Against Corrupt Leaders (CACOL) has said Ms Stella Oduah who is currently in the heat of  an alleged fake certificate scandal should be removed from her position as Nigeria’s Aviation minister. They made this statement on Wednesday

The Executive Chairman of CACOL, Mr. Debo Adeniran, said the scandal was a proof that Oduah was involved in irregularities.

Popular online news media, Sahara Reporters had reported that a claim in Oduah’s profile on the Federal Ministry of Aviation’s website that she obtained a Master’s degree in Business Administration from St. Paul’s College in Lawrenceville, Virginia in 1982 was false.

The authorities at Saint Paul’s College, Virginia, United States can not confirm if indeed Oduah even bagged a first degree in Accounting from the institution.

Since reports that she may not have obtained a MBA degree from the college, several attempts had been made to edit her online profiel

On Wednesday, Ubani said that with the latest scandal there should be no reason for Oduah to remain a minister.