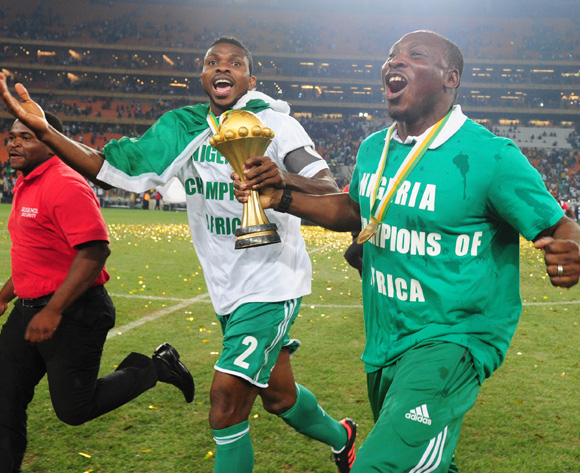 Who will win what on Thursday at the 2013 CAF Awards in Lagos, Nigeria?

Youth National team of the Year

Winner: The Golden Eaglets won a record fourth U17 World Cup in fine style in UAE in November, little wonder they are the only nominees in this category this year.

National Team of the Year

Winner: Nigeria Super Eagles will be runaway winners of this award ahead of Burkina Faso, who they defeated to win a third Nations Cup, and Ethiopia, who they outscored to qualify for a fifth World Cup.

Club of the Year

Winner: Egypt’s Al Ahly extended their dominance in the CAF Champions League, when they won an eighth title at the expense of Orlando Pirates of South Africa.

Tunisia’s Club Sfaxien won a third CAF Confederation Cup by edging past TP Mazembe also in the year under review, but Ahly should scoop this again.

Winner: Nigeria’s Kelechi Iheanacho is expected to follow more famous countrymen like Mikel Obi and Taye Taiwo, who have own this category.

Iheanacho was picked as the MVP of the U17 World Cup and finished as second leading scorer of the tournament.

The other two nominees are Saleh Gomaa of the Egypt U20 and his Ghanaian counterpart Ebenezer Assifuah.

Coach of the Year

Winner: Stephen Keshi will rule okay here after he became only the second man to win the AFCON both as a player and coach.

He won the tournament against all odds even with little hope in his team from Nigerians. He also qualified the team for Brazil 2014 World Cup as well as deliver CHAN 2014 ticket to Nigeria for the first time.

Other nominees: Nigeria U17 coach Manu Garba and Paul Put of Burkina Faso.

Winner: Mohamed Aboutrika helped his beloved Ahly to win yet another Champions League title. He will beat Nigeria’s Sunday Mba, who shone at the AFCON in South Africa.

African Footballer of the Year

Winner: Nigeria’s Mikel Obi deserves to be named Africa Footballer of 2013 following his exploits with the Eagles at the AFCON and the FIFA Confederations Cup. He also did well for Chelsea in all competition, helping them to win a first-ever UEFA Europa League in May.

Other nominees: Yaya Toure: Cote d’Ivoire midfielder is a good player who did well for country and club Manchester City.

Didier Drogba: He has been doing well for Galatasaray but failed to propel Cote d’Ivoire to win AFCON, same as Yaya.