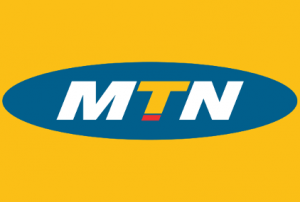 This new way of operating,the analysts say, has become imperative, in view of the need to continuously maintain customer loyalty whilst delivering growth in the face of fierce competition and new market entrants. Rocket Internet happens to be parent company of Jumia, Africa’s leading online retailer. As at August 2013, MTN Group had achieved its 200 millionth subscriber milestone.

“An e-business transformation entails developing online capabilities similar to those of the best online retailers”, said Carlos Severino, partner at Booz & Company in a new report. Analysts also suggest that steady decline in voice revenue is perharps compelling MTN Group, and other mobile operators across the continent to diversify its business in a conscious attempt to seek out new revenue generation streams. Africa’s mobile Average Revenue Per User (ARPU) has continued to decline by 14 percent year-on-year since 2004. Mobile voice, according to analysts at Analysys Mason, has long been the largest source of revenue for mobile operators in sub-Saharan Africa (SSA), representing 82 percent of all mobile retail revenue in 2011.

The prevailing economic conditions, fierce competition, and emergence of powerful new players that successfully leverage or bypass mobile operators such as Apple and Google, with their smartphone and applications ecosystem, has become a matter of grave concern for telecoms companies, particularly from a revenue generation standpoint, according to Severino.

With these new developments, he further questioned where significant future growth will come from for dominant operators like MTN. The acquisition deal is expected to enable the telecoms operator extend online retail and other essential digital services on the African continent.

By virtue of the deal, MTN, Millicom and Rocket Internet will each become 33.3 percent shareholders in AIH.

But sourcessay the deal is not sitting well with some senior executives at Rocket Internet and Milicom. Some executives have already tendered their resignation to the board of directors in a display of absolute disapproval of the deal. As at the time of filing the report, our source could not confirm if the board of both entities have accepted the resignations. Our source said the senior executives from the onset were against the deal, as they raised concerns that MTN’s overbearing influence and dominance could stifle innovation, adding that this does not bode well for long-term sustainability of the business.

The investment is subject to regulatory approval, and the transaction is expected to close during the second quarter of 2014.

Commenting on the transaction, Sifiso Dabengwa, MTN Group president/CEO, said: “We are excited to engage in a strategic partnership with Rocket Internet and Millicom to develop online ventures across the fast-growing internet markets of Africa. “Rocket Internet’s proven successful track-record, coupled with Millicom and MTN’s leading mobile telecoms position, will allow the partnership to capture the growth potential of the digital media space across our footprint in the region.”

Founded in 2012 as a joint venture between Rocket Internet and Millicom International Cellular, AIH is a leading internet group in Africa, with presence in 13 countries on the continent including South Africa, Nigeria, Egypt, Morocco, Cote d’Ivoire, and Ghana.

“We are pleased to welcome MTN as a strategic partner to accelerate the growth of our online alliance in Africa. It is a significant vote of confidence in its future,” Millicom president/CEO, Hans-Holger Albrecht, said. “Between us, we have more than 220 million mobile customers in the continent with very limited overlap. MTN is the leader in Nigeria and South Africa, the largest markets for AIH currently; while Millicom contributes through its leading positions in our markets, combined with one of the most innovative product offerings,” said the president. The investment in AIH is in line with MTN’s strategy of bringing the digital world to customers, adapting to their rapidly changing needs, and delivering a consistent end-to-end user experience.

Related Topics:Business Newsrevenuemtn
Up Next

Maritime Operators Discuss The Fortune Of The Industry In 2014