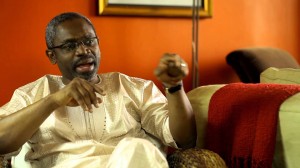 As the debate over the resumption date of the National Assembly continues, there are strong indications that the 174 members of the All Progressives Congress (APC) are angling to topple the cart of the House of Representatives leadership in favour of some ranking members of the party like the current minority leader, Femi Gbajabiamila.

The ranks of the APC swelled December when 37 PDP lawmakers defected giving the opposition party a slight majority in the House. But this falls short of the constitutional requirement of 181 members needed to effect a change of leadership in the House.

On the sideline, some members have cut short their holiday and were said to have held private meetings in Abuja on how to effect the leadership change without rancour.