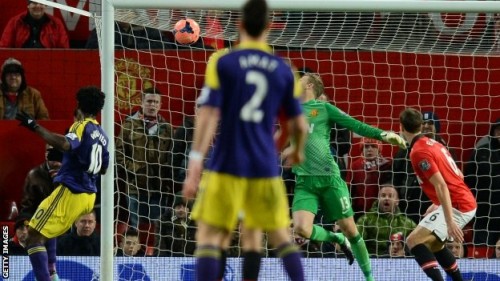 Swansea Football Club have won at Old Trafford for the first time ever and it was a memorable one for them.

Fabio Da Silva had received the matching order 10 minutes from the end of the game after bringing down Jose Canas. The game which was tied at 1-1 appeared destined for a replay until Bony’s strike changed it all

This is Manchester United’s second consecutive defeat after losing against Tottenham on New Year’s Day.