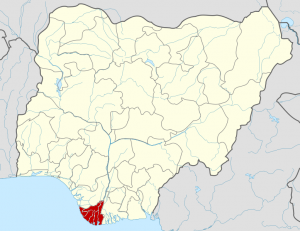 Ex-militants in Bayelsa have applauded the policies and programmes of Gov. Seriake, saying that they had ensured peace, security and development in the State.

Spokesman for leaders of ex-militant groups in the State, Mr Eris Paul, gave the commendation in an interview with the News Agency of Nigeria in Yenagoa.

According to him, efforts by past administrations in the state to curb cultism, sea piracy, kidnapping, and oil theft, did not yield much result.

He said the present administration had made remarkable strides in curtailing the vices.

“Before now, the state was gripped by violence and insecurity, but the present administration has brought peace and development in the last two years”.

Paul also said that the Dickson administration had shown commitment to the development of basic infrastructure in parts of the state which had impacted positively on the lives of the people.

“Dickson has done a lot; many of us had not seen a flyover in this state in the past, but we have started witnessing it in our generation; we are very much impressed.

“The era of violent crimes and threat to life is over. The era of cultism and armed robbery attacks is also over in the state”, Paul said.

He noted that government had done a lot in the provision of infrastructure because of the relative peace and security in the state.

“Development cannot take place in an atmosphere of violence and kidnapping of contractors.

“Maybe what we are seeing now is the beginning of what is to come. Everywhere I go now, I boldly say Bayelsa is one of the most peaceful states in Nigeria”, he added.

He called on the people to support government and the security agencies to ensure the sustenance of existing peace and progress in Bayelsa.

“We must ensure the security of our contractors as our development partners as they are not here to cart away our money”, Paul said.