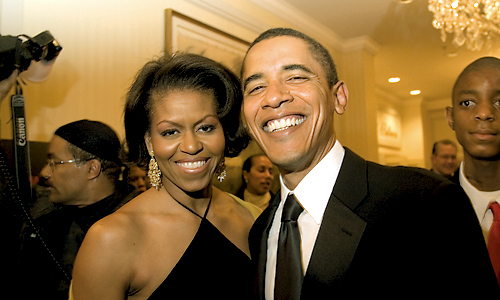 The gift is that she remains in Hawaii where the Obama family had a vacation of two weeks. She would remain there to spend time with her friends as she prepares for her 50th birthday which comes up later this month.

The girls; Sasha, Malia and their Dad, Barack had left the Island of Oahu in an Airforce One late Saturday for Washington D.C

What an awesome gift!