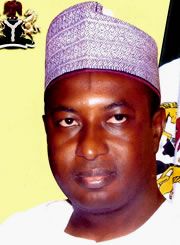 Gov. Mukhtar Yero of Kaduna State has ordered a full-scale investigation into the recent attack on the Emir of Jere in the state, Alhaji Usman Sa’ad.

Yero gave the order in a statement signed by his Director on Media and Publicity, Alhaji Ahmed Maiyaki.

In the statement, the governor vowed to ensure that those behind the attack were brought to justice.

The News Agency of Nigeria recalls that Sa’ad was attacked on Friday, on his way to Abuja, when he stopped to intervene in a land dispute between two communities in his domain in Kagarko local government area.

“Government has also ordered full investigation into the cause of the dispute and will leave no stone unturned in its effort at ensuring that justice is done”, Yero said.

The governor also promised that anyone found culpable in the ugly incident, would be brought to book, no matter his or her social status in the society.

He said traditional leaders must be respected and protected from such embarrassment, in view of the paramount role they played in resolving conflicts.

Yero commiserated with the Emir and entire people of Jere, over the unfortunate incident.

He then called on the people of the area, to live in peace and desist from taking the laws into their hands.