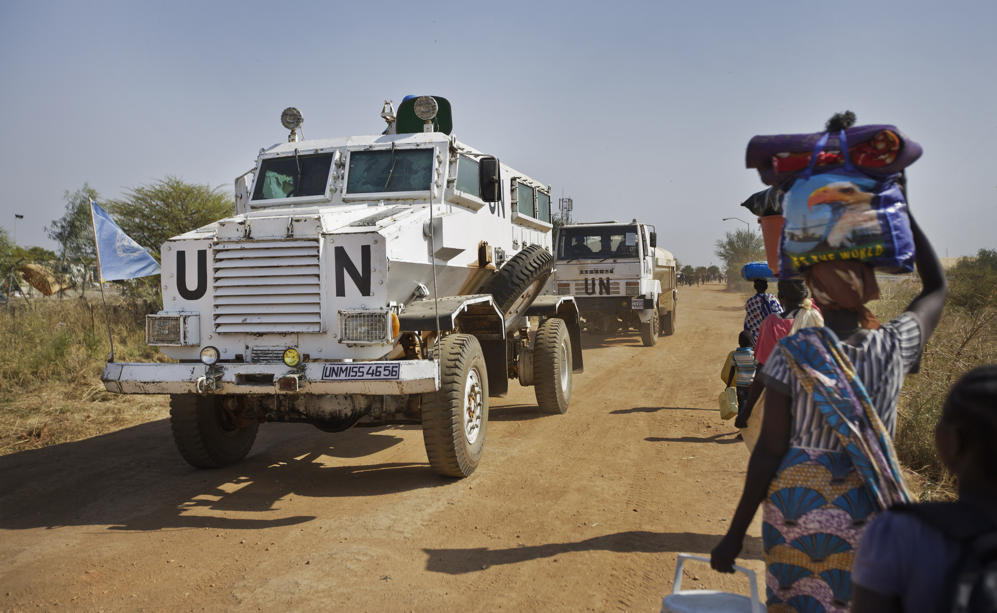 (Reuters) – South Sudanese President Salva Kiir declared a state of emergency in two states on Wednesday as his negotiators prepared for peace talks with rebels to end more than two weeks of violence that has pushed the country towards civil war.

Kiir called the emergency in Unity and Jonglei states, the two regions whose capitals are now controlled by rebel forces loyal to former Vice President Riek Machar, who Kiir has accused of plotting a coup.

Gunshots were heard near the presidential palace on Wednesday evening. A presidential spokesman said security forces most likely fired the shots at residents breaking a curfew.

Both sides are under mounting pressure from regional and Western powers to reach a deal to stop the bloodletting that has killed more than 1,000 people in the world’s newest state and displaced nearly 200,000 more.

The White House has said it would deny support – vital in a country the size of France that still has hardly any infrastructure more than two years after secession – to any group that seizes power by force.

The rebel delegation earlier arrived in the Ethiopian capital Addis Ababa ready for the ceasefire talks. They said government negotiators had not yet arrived.

Both sides have agreed in principle to a ceasefire but neither has indicated when the fighting would stop and mediators are concerned that fighting around the flashpoint town of Bor will scupper the talks even before they begin.

South Sudan’s defense minister earlier said government forces were battling rebel fighters 11 miles south of Bor, the capital of Jonglei state, which has untapped oil reserves and was the site of an ethnic massacre in 1991.

“There will have to be a fight because they want to defeat the government forces,” Defence Minister Kuol Manyang Juuk told Reuters from the capital Juba, 190 km south of Bor by road.

Rebels loyal to Machar seized control of Bor on Tuesday.

Related Topics:AfricaSouth Sudan
Up Next