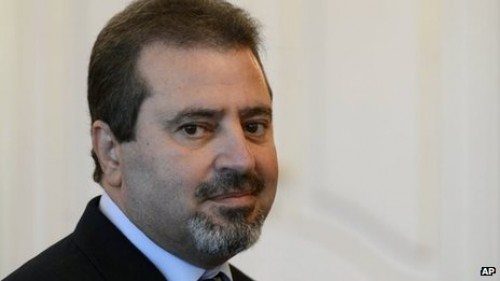 An explosion in the capital of Czech, Prague has killed a Palestinian diplomat

The head of the Palestinian mission, Jamal al-Jamal was taken to hospital after the explosion but died of his injuries some four hours later.

Officials said the blast happened when Mr Jamal was moving a safe. Czech police say there is no evidence that it was a planned attack.

The explosion happened at a two-storey property in the city’s Suchdol district. Mr Jamal had only recently moved into the house.

Palestinian mission spokesman Nabil El-Fahel told Czech public radio Mr Jamal had been in the flat with his family at the time of the explosion.

Palestinian officials have been quoted as saying the blast took place when Mr Jamal attempted to move a safe from an old embassy building to the new one.

“The device was in a safe and was triggered after the door of the safe was opened. The police are not ruling out that the device was a part of the safe,” Czech police spokeswoman Andrea Zoulova told Reuters.

The Palestinian foreign ministry said it would send a delegation to Prague to assist with the investigation.