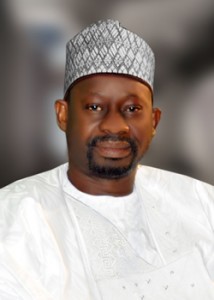 The governor also swore in Alhaji Adamu Usman as the Khadi of the state’s Sharia Court of Appeal at the occasion.

Speaking at the ceremony, Dankwambo said Abdullahi Usman’s appointment was sequel to the retirement of the Grand Khadi, Alhaji Usman Baba-Liman.

“Baba-Liman has attained the mandatory age of retirement,’’ he said.

The governor thanked the former Grand Khadi for his selfless service to the government and people of Gombe state.

“His dedication, professional competence, hard work and proven incorruptibility are worthy of emulation.

“It is also worthy to note that Khadi Adamu Usman has been a dedicated and committed legal luminary.

“The contributions of the new Khadi to the legal profession in Gombe state and the nation is highly commendable,’’ he said.

Dankwambo also congratulated the newly sworn in Acting Grand Khadi and the Khadi for “their well-deserved appointments’’.

“I congratulate the Acting Grand Khadi, who is the next most senior Khadi in the Sharia Court of Appeal, and Khadi Adamu Usman for their well-deserved appointment,” the governor said.