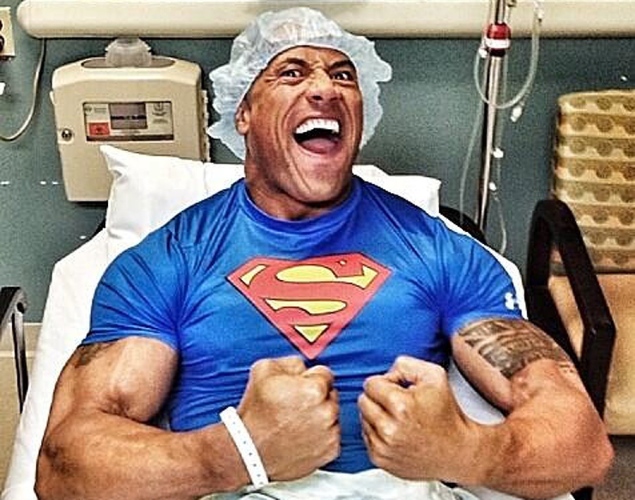 Dwayne Johnson has stirred up rumours he may star in Batman v Superman. He has been in talks with Warner Bros and DC Comics.

Dwayne shared the news on Twitter but did not disclose what movie they would collaborate on.

He tweeted: ‘We just had a big meeting w/ Warner Bros CEO re: @DCComics 2014 we will partner up and create the cool bad a**ery. #RockTalk @ActionTilson’

Now fans are wondering if he’s in talks for Batman vs Superman or an entirely different movie.

The Man of Steel sequel which will star Ben Affleck, Henry Cavill and Gal Gadot, will be released on July 17, 2015.

James Avery Of ‘Fresh Prince Of Bel Air’ Passes On