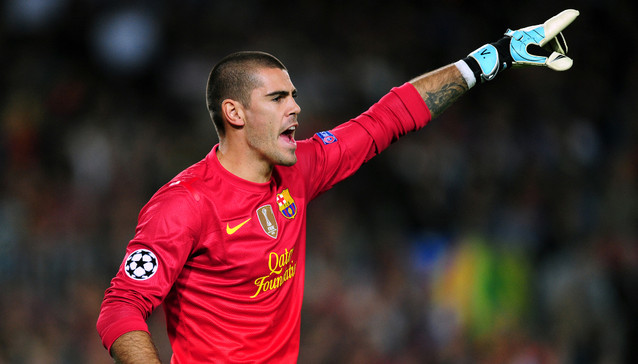 Spain and Barcelona FC goalkeeper, Victor Valdes is now fit as he has recovered fully from the injury he sustained against South Africa in an international friendly

Valdes has not played since he ruptured a calf muscle when attempting a clearance in La Roja’s shock 0-1 loss to Bafana Bafana in a friendly at Soccer City last month.

“I’m ready,” Valdes wrote on Twitter, alongside a video of him with club physio Juanjo Brau performing a save in training. “Thanks Juanjo for always being there.” 32 Years old revealed

‘They Kill Me’, Mourinho Complains About His Boys