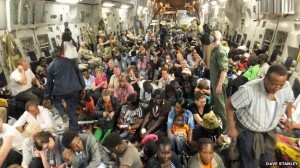 The month of July, 2011 marked a turning point in the history of South Sudan. Not only did it eventually come out of over two and half decades of a bloody civil war in Sudan after intense struggle with its northern neighbour, but also succeeded in becoming the newest independent state in Africa. Like the hopes many African states had in the 60s and 70s of gaining independence from colonial rule, so was that of South Sudan. The hope that self-rule was going to mark the beginning of good things to come for the periphery countries and its teeming population quickly ignited series of nationalist movements and bred leaders who not only sabotaged the continued efforts of the colonial overlords to keep holding forth their respective colonies but put wilful pressures on colonial structures which led firstly to decolonisation and ultimately independence.

It was hoped and believed that at the turn of independence, self-rule would transform the continent into one filled with socio-economic development, credible democracy and a total commitment to the uplift of the people. This however failed to yield any meaningful result. Hopes of a brighter tomorrow were soon shattered as gloom set in. The Congo became the first casualty while more than half of all African countries which had newly gained their independence went either into a civil war or found itself overthrown by blood thirsty and gun wielding military men. Africa since then had known no peace.

It was in the light of this, amidst the decade long sufferings South Sudan had faced over time that it was thought a separate country was needed to be carved out to give the people a new lease of life and breathe of fresh air. Anyone who had lived in Sudan in the last two to three decades and knew well the historical evolution of that part of the former Sudan would agree that its people had suffered a great deal in the hands of its northern neighbours, such that the only solution to a lasting peace was to grant that part of the country swift independence. However, no one would have envisaged that two years into South Sudan’s independence; it would fall into crisis which appears to threaten its very foundation.

As a landlocked country, South Sudan is among the world’s most impoverished country with less than one per cent of its population having access to electricity. Despite being the third-largest oil exporter in sub-Saharan Africa after Nigeria and Angola, the new nation is not only awash with guns after a long battle with Khartoum, but has been grappling with corruption and lawlessness since independence. The current crisis in South Sudan is perceived to have both ethnic and political dimensions.

The current president, Salva Kiir is from the Dinka ethnic group, the country’s largest, while his main rival and former Vice President, Riek Machar belongs to the Nuer ethnic group, the country’s second largest. This ethnic rivalry forms part of the current crisis bedevilling the country with each group systematically killing one another in their respective places of domicile. The political angle to the crisis which has seen tensions rise between Kiir and Machar since July of this year stems from the latter’s intention to win the leadership of the ruling party ahead of presidential elections in 2015. This quickly led to his sacking by Kiir and his cabinet. The political tension soon snowballed when Kiir accused Machar of attempting a coup on the 15th of December, a situation which saw the arrest of opposition figures and former cabinet members.

Apart from the fact that the crisis have left hundreds dead, with figures quoting about 500, the number of people displaced as a result of the crisis has tripled to about 81,000 with the number increasing by the day. Also, the United Nations has asked for another 5,500 troops from other UN missions in Arica to complement the 7,000 already deployed across the country. It is saddening that the African continent has failed to learn from history and have therefore consumed by its lack of it.

When other countries of the world are seeking ways to better the lot of its people and move their country towards growth and development, African countries wallow in ethnic and political rivalry. It is disheartening to find a country that had come out of a long period of turmoil engaging in the same crisis that gave them life support. It is only hoped things will return to normalcy soon.

With the entire crisis bedevilling many African states today, no country has been able to hold its head up high than the Nigerian state in terms of managing conflicts and civil disobedience in all guises. Since the 1967 civil war, Nigeria has been in a state of precipice. There have been over a very long time talks about Nigeria’s disintegration. The most saddening part of it came from the United States which noted, like a prophet of doom, that Nigeria would seize to exist by 2015. Locally, a lot of rabble-rousing and threatening voices have sprang up, especially in the Niger-Delta region where predictions of a possible breakup of Nigeria would take place if their ‘son’ is denied a second term in office.

The country is not new to such threats of disintegration. For those who are historically conscious, both the Northern and Western regions had at some point called for secession. It would only take the audacity of the late Ojukwu to make good such threats which of course failed in its entirety to solve the Nigerian Question. This open call of secession or outright appeal for disintegration has continued unabated and the loud tones could still be heard across the country. With the current political imbroglio brewing among the political elites, it remains to be seen what 2015 will look like.

The Nigeria state is gradually failing if the face-off between a former president and the incumbent is anything to go by. The face-off comes at a time when many Nigerians are deeply worried at the direction the country is going. The industrial strike embarked by most government owned institutions, the massive looting of the treasury, the harrowing insecurity problem, unemployment among others show gloomy signs that all is not well with the country.

In fact, the country today faces an unprecedented socio-political and economic cancer which threatens its very foundation. However, despite these seeming problems, this writer believes secession or threats of disintegration are not the decisive solution we need both as a people and country. The event in South Sudan and elsewhere should serve as a lesson for those who think dividing Nigeria on either religious or ethnic lines would solve all the problems we face as a people. We are a people with so much anger and are wont to unleash it at the slightest provocation.

Our nature is very unpredictable and unstable such that we do not have a collective consciousness that drives nationalism, patriotism and love for even thy neighbour. The fact that our thinking has been streamlined over time to pursue personal aggrandisement makes nonsense of whatever lesson the Good Samaritan story portrays. Our inability to pursue what binds us together and see the demerits of what divides us is perhaps the major reason we have failed to move forward and therefore, lost faith in the country. However, in as much as the country does not hold much to be desired and its leaders failing outright to fulfil their own part of the social contract, we must not crave as a people for disintegration or break-up of the country.

There is no denying the fact that a growing division, not among the different ethnic groupings within the country this time around, exist within ethnic groups of the same historical consciousness. The Yoruba, Igbo, Hausa-Fulani, Ijaw among others, have shown within themselves and overtime that they cannot put their house in order. The Yoruba for example, may have achieved some level of socio-political development over the years but when it comes to pursuing a common goal, you find them fanning the embers of discord with each sub-group claiming some unknown rights and privileges.

The Igbo on the other hand have failed to realise that they hold so much hope for the betterment and uplift of the country, yet they revel in personal fame and wealth which to them is the hallmarks of a fulfilled Igbo man. Until the Igbo take away their parochialism and embrace unity as a viable weapon for political mobilisation, they may never rise beyond the cocoon they have been placed by some elements within the country.

Despite the predictions by prophets of doom that Nigeria will seize to exist in 2015, the country appears stronger than what many believe. In fact, Nigeria is better off being Nigeria than becoming a hopeless disintegrated entity which in the long run may end up being another Somalia. For those who believe a divided Nigeria is the very best option for the survival of the various ethnic groupings in the country should have a rethink. An Arewa, Biafra, Oduduwa or Ijaw state portends grave dangers for the people within such state structures.

The history of power struggles, power grab, ethnic tensions and lack of cohesion African states and its people are known for would once again creep into a divided Nigeria, tearing it further apart. It is the belief of this writer that no matter what Nigeria faces as a country today, it forms part of our developmental process for no nation great today was built in a day. Simply put, our fragile agglomeration suits us better than a divided one!

As the crisis in South Sudan continues, the lesson we must learn therefore, is that disunity breeds nothing but further bloodshed. Those who call for division do not understand the pains and horror of war and think it is going to take a smooth transmission. Events in South Sudan paint this sad picture of a path we must not be willing to follow. The political elites must realise that the Nigerian state may not be able to hold itself for long if the massive disconnect between the ruler and ruled continues. It is therefore imperative that a workable solution is engineered in order to remove the pangs of mutual distrust that has remained part of us since the days of amalgamation. Those who fail to learn from history are condemned by it. South Sudan is a reminder and example of this apt truth.

Our President Took All The Christmas Toys & Left Us None