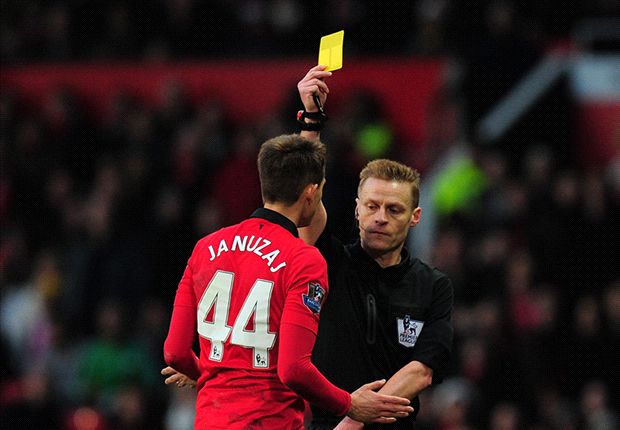 Manchester United gaffer, David Moyes has risen to the defence of Adnan Januzaj after the latter was booked for simulation in the side’s 3-1 win over West Ham.

Januzaj had scored an excellent goal for United double their lead on Saturday at Old Trafford.

The 18-year-old Januzaj was however booked for diving late in the first half after going down under pressure from Collins. It is pertinent to note this is his second yellow card for simulation this season, having also been cautioned against Sunderland.

His coach, Moyes has however defended Januzaj’s action.

When asked if he supported players diving, Moyes said: “Definitely not. I’ve had a chance to see it and I think he believes he is going to get sized.

“He has been kicked in every game, upside down. But we will make sure and do everything that we can to make sure it doesn’t happen.

“Everybody can see the talent the boy has got. He has got great composure and he is a very good player.

“He is 18 – he has had a lot of games – maybe more than he would have thought. I thought he has warranted his place, though.”

Akpala & Emenike On Song For Their Clubs