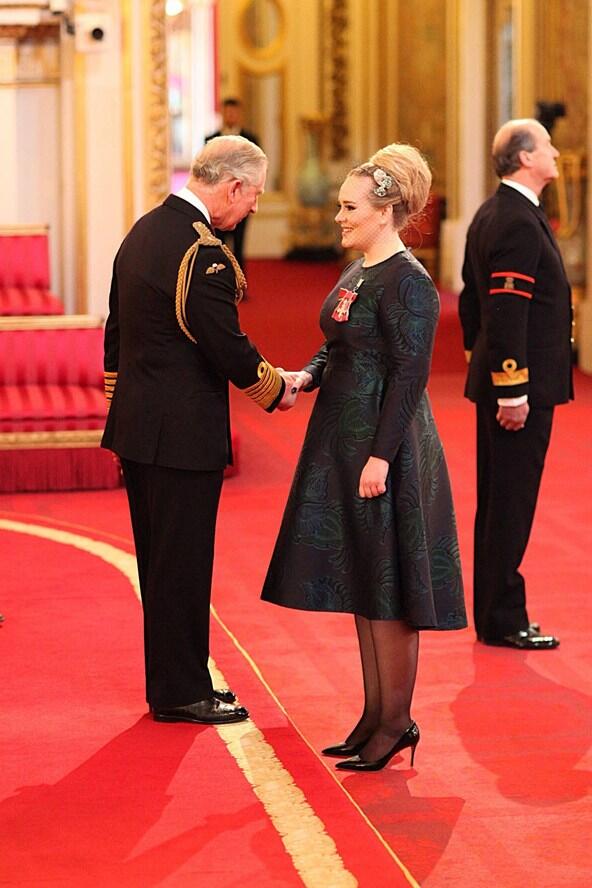 Adele has officially been conferred with the MBE at Buckingham Palace.

The Oscar, Grammy and Brit award-winning star visited the palace on Thursday (December 19) for an investiture ceremony with the Prince of Wales.

She said in a statement released after the ceremony: “It was an
honour to be recognised, and a very proud moment to be awarded alongside such wonderful and inspirational people. Very posh indeed.”