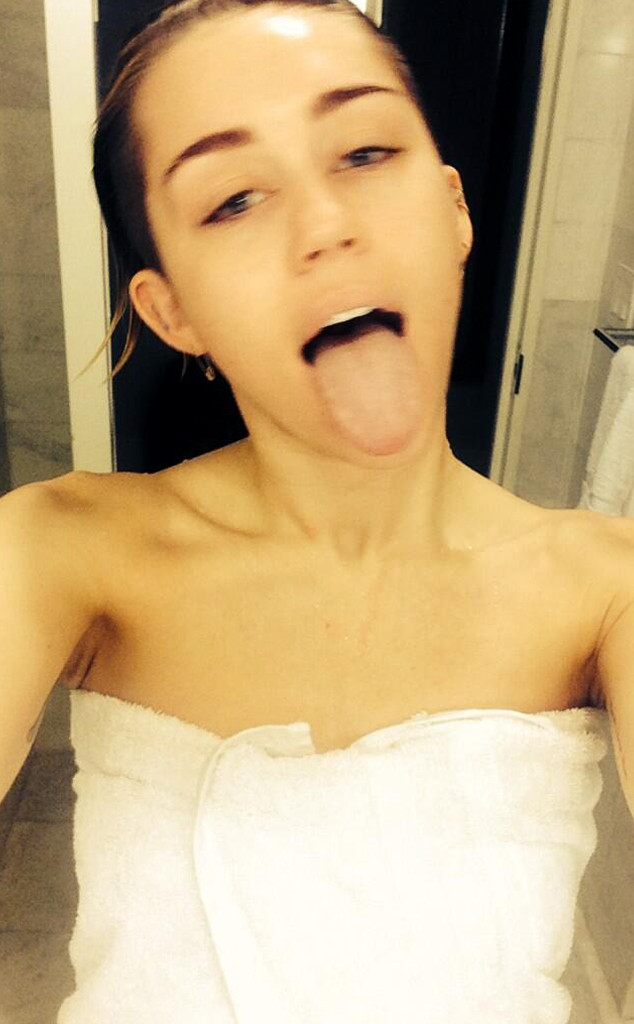 The 21-year-old singer shared a selfie photo after taking a shower earlier this evening, and although this might initially sound like a pretty risqué move (maybe not so much for Miley), the snapshot was actually pretty tame.

Cyrus made her signature tongue pose while wrapped in her bath towel and flaunting her flawless, au naturel look. Aside from some bare shoulders and a sexy collarbone, Miley was covered up, giving us a much less-naked selfie than what we’ve experienced in the past.

Speaking of Cyrus’ trademark pose, the crooner revealed during her 10 Most Fascinating People interview with Barbara Walters what the real reason is for always sticking out her tongue.

“I get embarrassed to take pictures. That’s actually the truth,” the 21-year-old “We Can’t Stop” singer explained. “I’m so embarrassed, because people are taking pictures of me, and I just don’t know how to—I don’t know how to smile, and just be awkward, so I stick my tongue out, because I don’t know what else to do.”

Let us know what you think!!

Khloe May Gain $7million Dollars As A Result Of Divorce