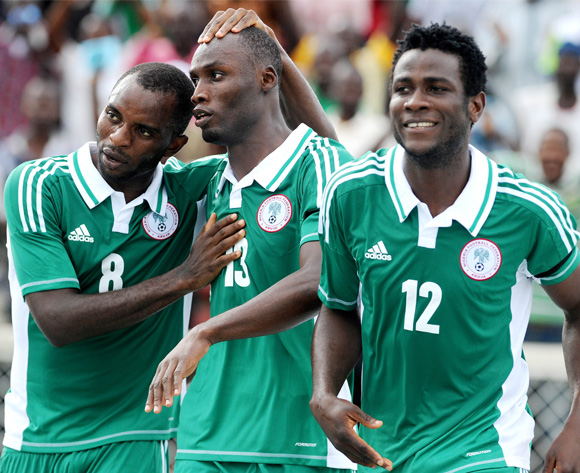 The Super Eagles defeated Niger Tornadoes 2-0 in a build-up game played at the Abuja National Stadium, as preparations for the upcoming African Nations Championship intensifies.

The game was witnessed by a weak crowd which included NFF’s Technical Director, Dr Emmanuel Ikpeme.

Barnabas Imenger had handed the Eagles the lead after 14 minutes of action.

The first goal came from a free-kick which was thrown in by Ali’s legs. Shots from Abubakar and Pyagbara were blocked but the rebound eventually fell to Imenger who slotted in the opener.

In the 44th minute, Agbim was forced to make an exceptional fingertip save.

The second goal eventually came when Ejike was brought down inside the opponent’s box in the 82nd minute and Ikechukwu ‘Small’ Azubuike stepped forward to send the resulting penalty into the net to double the Eagles’ lead.