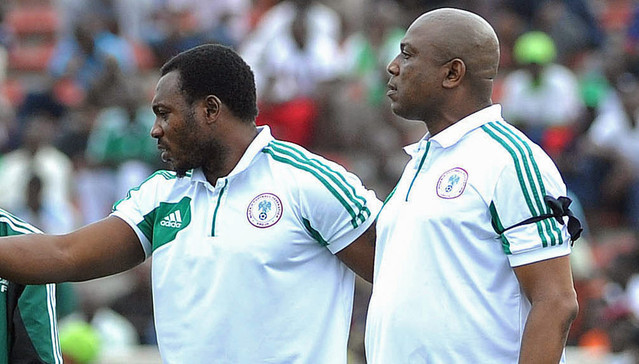 The  Super Eagles technical crew  have dropped two players from the CHAN camp, while four others have been called up in their place.

Super Eagles assistant coach, Daniel Amokachi who spoke on behalf of the technical crew stated that the team has little time for preparation so they needed to quickly identify the tournament materials amongst the pack.

“We have been tracking these players for some times now and we want to give them a chance to prove themselves at a critical point like this and we hope they won’t disappoint,” Amokachi said

Players who do not measure up to  standards will be sent out of the team after Wednesday’s friendly game against Niger Tornadoes.

David Moyes Believes He Is Lucky Not To Be Under-Pressure