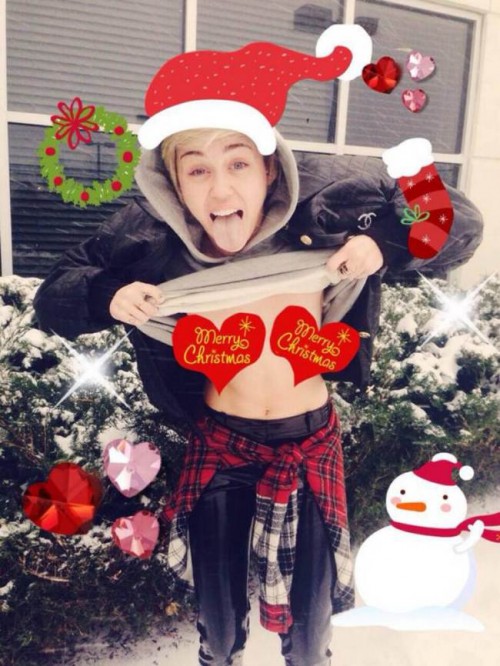 The Christmas fever has infected Miley Cyrus who has served up a racy Christmas treat for fans. She has released a topless picture of herself in the snow with two red hearts covering each nipple. The hearts read: Merry Christmas.

The 21-year-old was showing her support for a new documentary ‘Free The Nipple’.

The documentary tackles the issue of censorship around female nudity in America but the film is struggling to get aired in mainstream cinemas.

Cyrus said her latest stunt was ‘about equality’ as it is illegal in 37 US States for women to be topless in public.

Related Topics:Miley Cyrus
Up Next