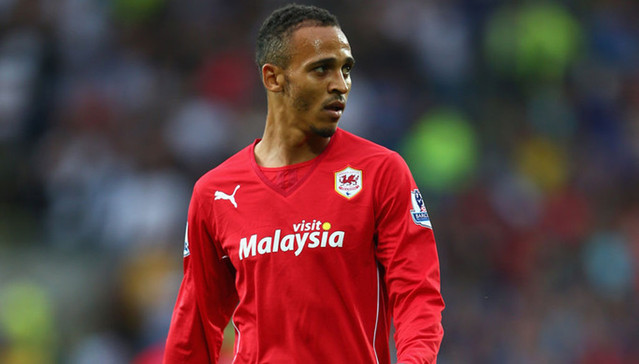 Despite being booed by his former employers, controversial Nigerian forward Osaze Odemwingie smiled home after his current side Cardiff City defeated West Bromich Albion 1-o through a Peter Whittingham goal in the 65th minute. The defeat ended Cardiff’s five-match without-a-win streak and condemned West Brom to a fourth-straight defeat.

The fleet-footed player also had a penalty appeal turned down by Howard Webb when a West Brom player appeared to pull his shirt when he was about to take a decisive final touch inside the box.

Osaze was substituted for Bo-Kyung Kim in the 90th minute.

Early Bath For Reuben As He Sees Red