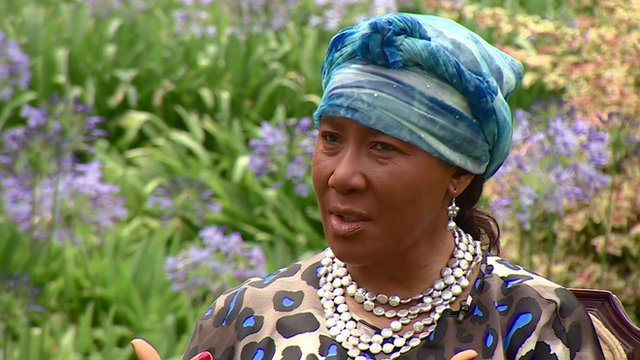 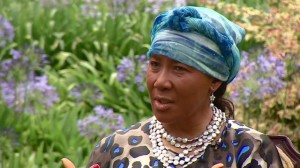 Nelson Mandela’s daughter Makaziwe has told the BBC about the “wonderful” final hours of the former president, who died aged 95 last Thursday.

Ms Mandela said his wife Graca, the children and grandchildren were all there to say goodbye.

South Africa is observing a series of commemorations over the next week, leading up to the funeral on Sunday.

More than 100 current or former heads of state or government will attend the funeral or Tuesday’s national memorial.

“When the doctors told us I think Thursday morning… that there was nothing that they could do, and said to me ‘Maki call everybody that is here that wants to see him and say bye bye’, it was a most wonderful day for us because the grandchildren were there, we were there.”

Ms Mandela paid tribute to the doctors for the 24-hour care.

She said: “It was like there were soldiers guarding this period of the king – yes my father comes from royalty – without them knowing they were actually practising our rituals and culture, they were there in silence and when we as family members come in they would excuse themselves and just a few of them would be there to give us the time to be around my dad’s bed.”

Ms Mandela said that, for the past few months, she would tell her father that she loved him and that would see him again tomorrow.

“And maybe he would open his eyes for just a second and close those eyes,” she said.

Ms Mandela said she believed her father had fought not just for political freedom but also for spiritual freedom.

“He talks about the fact that it takes courage to forgive. Forgiveness is a very difficult thing,” she said.

“I think he knew that if he didn’t forgive, he would be forever imprisoned spiritually. The lesson we can take from his life is to have the courage to forgive other people.

South Africa’s parliament is now meeting in special session to pay tribute to Mr Mandela, with family members in the gallery.

Deputy President Kgalema Motlanthe said there was a “sweeping feeling of sorrow” worldwide following Mr Mandela’s death, but the most important thing was how those left behind dealt with his legacy.

“The litmus test is whether inheritors of his dream… will be able to make the dream for which he lived come to pass in the fullness of time,” Mr Motlanthe said.

The foreign ministry says that 91 current heads of state or government have confirmed they are coming to South Africa, along with “10 former heads of state, 86 heads of delegations and 75 eminent persons”.

US President Barack Obama, Francois Hollande of France and UK PM David Cameron will be among those attending Tuesday’s memorial.

Three former US presidents, George W Bush, Bill Clinton and Jimmy Carter, will also be there.

Mr Obama and Mr Bush are already on their way to South Africa on presidential jet Air Force One, along with their wives and former secretary of state Hillary Clinton.

On Saturday, Cuban state media announced that President Raul Castro would be one of those attending Mr Mandela’s funeral.

Under Mr Castro’s brother Fidel, Cuba was a staunch critic of apartheid, and Mr Mandela had expressed gratitude for his support.

Tuesday’s memorial service is likely to be one of the biggest gatherings of international dignitaries in recent years.

They will join a 95,000-strong crowd at the memorial service at Soweto’s FNB stadium, where Nelson Mandela made his final major public appearance during the 2010 football World Cup.

Leading celebrities in the anti-apartheid movement Peter Gabriel and Bono are also expected to attend.

Mr Mandela’s body will lie in state in Pretoria on the following three days and he will be given a state funeral on Sunday.

A smaller number of international dignitaries including the Prince of Wales will attend the burial in the Eastern Cape village of Qunu, where the late president grew up.

Mourners have gathered every day outside Mr Mandela’s house in the Johannesburg suburb of Houghton.

Well wishers have lit candles there and laid wreaths at his old home in Soweto.

The government has given further details of the state funeral arrangements for this week:

Flags at all official buildings are to remain at half mast throughout the period and books of condolence are being circulated across the country and online for people to post tributes, record memories and express their emotions.

He served a single term before stepping down in 1999.

Related Topics:Nelson Mandela
Up Next

Mandela Memorial Draws Leaders From Around The World