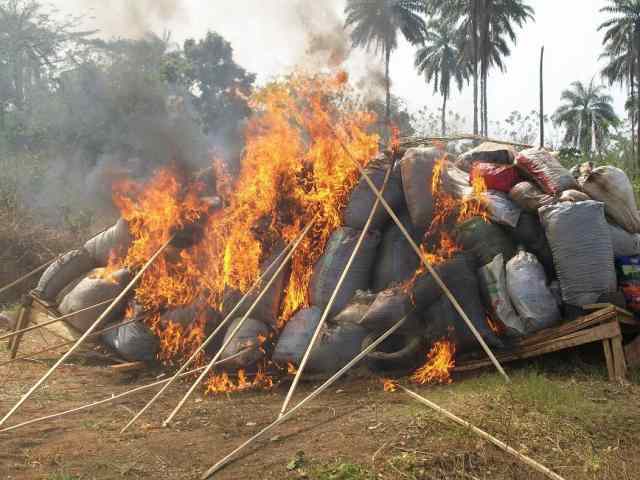 Illicit drugs worth over N222 million has been confiscated by the Kano state Command of the National Drug Law Enforcement Agency, (NDLEA).  The seized drugs have been destroyed by the State Governor, Rabi’u Musa Kwankwaso and the Chairman of the agency, Ahmadu Giade.

The consignment, totaling 10, 488. 61 kg, was destroyed publicly after obtaining an order to that effect from the Federal High Court. The drugs were destroyed at the headquarters of the Command in the state.

The Chairman, National Drug Law Enforcement Agency (NDLEA), Alhaji Ahmadu Giade who led the destruction, said that the drugs, seized by the command between 2012 to date, were destroyed on the order of a Federal High Court.

He said that cannabis, otherwise known as hemp, represents the largest chunk of the destroyed drugs, adding that psychotropic substance, heroine, methamphetamine and cocaine follow it.

How viable are Nigerian states?