The National Bureau of Statistics (NBS) last week released some interesting data set on the Internally Generated Revenue (IGR) profiles for Nigeria’s 36 states between 2010 and 2012.

At a first glance, the data was not surprising as states in southern Nigeria continue to show dominance in terms of economic activity.

The oil producing states also featured prominently in the top ten in terms of states with the largest share of IGR.

Northern Nigeria’s poor showing continues to be a concern. Eight of the least ten states in terms of IGR are from Northern Nigeria, including Yobe and Borno which are mostly bearing the brunt of the current insurgency, while none feature in the top ten. 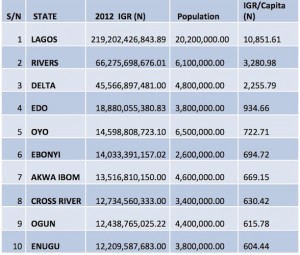 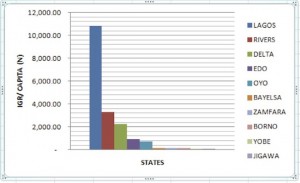 N222Million Worth Of Illicit Drugs Destroyed By Kano Command Of NDLEA