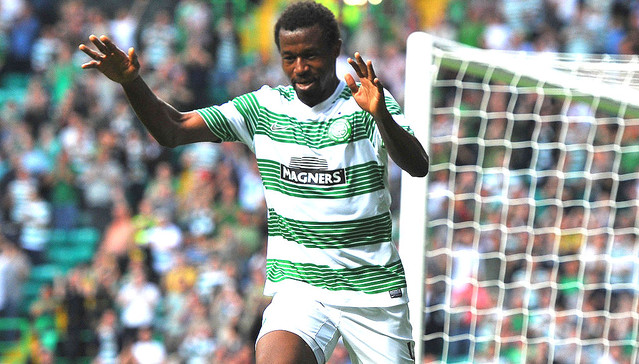 Nigerian Right back, Efe Ambrose scored for his club side, Glasgow Celtic as his team humbled Motherwell 5-0 in the Scottish Premiership on Friday night.

The Super Eagles defender scored in the 54th minute to double Celtic’s advantage after Kris Commons had given the defending champions a first half lead.

Commons, Anthony Stokes and Bahrudin Atajic sealed the win for Celtic with a goal each

The goal was Efe’s first this season for Celtic who moved eight points clear at the top of the Scottish Premiership table.