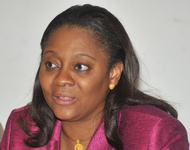 The market indicators of the Nigerian Stock Exchange (NSE) on Wednesday appreciated marginally by 0.09 per cent in spite of high volume of shares traded.

The News Agency of Nigeria (NAN) reports that the market capitalisation rose by N12 billion or 0.09 per cent to close at N12.471 trillion against N12.459 trillion achieved on Tuesday.

Guinness topped the price losers, shedding N2 to close at N260 per share.

It was followed by Zenith Bank, having accounted for 59.89 million shares valued at N1.27 billion, while E-tranzact traded 39.74 million shares worth N112.86 million.

Related Topics:Nigerian Stock Exchange
Up Next