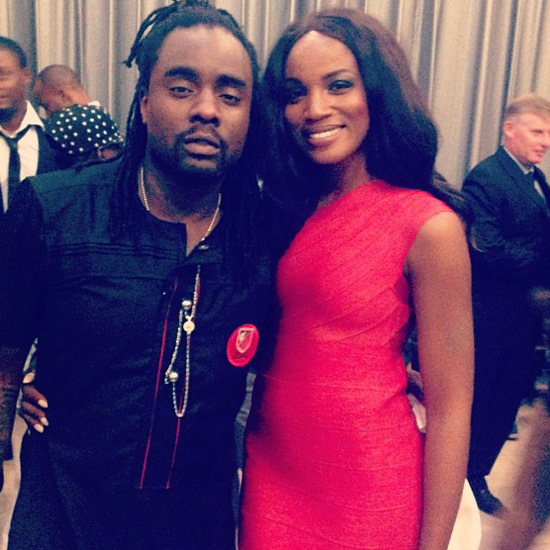 US based Maybach Music Group Hip-Hop don, Wale Folarin who performed for the first time in his native Nigeria last weekend stirred some emotions when he performed in the presence of his Dad

Wale had an awesome performance as his Dad, Mr. Akintimehin watched on just as the teeming guests who had assembled at the Oriental Hotels in Lagos has also come to watch of one of their greatest exports perform

Wale’s Dad and Uncle were watching from backstage where they were chilling with the President of Storm Records, Obi Asika.

The Rapper would return to the US this weekend.

The Kardashian Christmas Card Is Here, See The Stunning Pictures