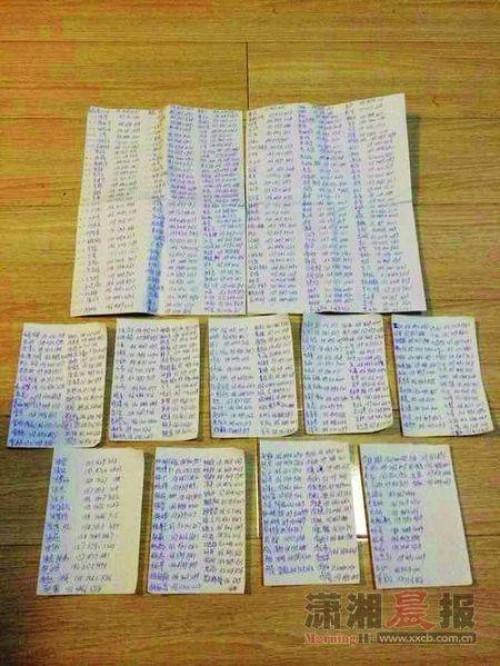 A pickpocket surprised his victim when he posted him a handwritten note of the 1,000 contacts on his stolen iPhone.

Zou Bin received the 11-page letter after sending a series of threatening texts demanding his Apple handset to be returned.

He was allegedly robbed after sharing a taxi with a man in the central province of Hunan in China, the Xinhua state news agency reported.

‘I know you are the man who sat beside me. I can assure you that I will find you,’ he wrote in the text message.

‘Look through the contact numbers in my mobile and you will know what trade I am in.

‘Send me back the phone to the address below if you are sensible.’

Zou said he was ‘astonished’ when he received a package containing the note days later, although the thief did not return the stolen iPhone.

‘It would take a while to write from one to one thousand, let alone names and a whole string of digits,’ he added.

‘I suppose [the thief’s] hand is swelling.’

Kerosene Subsidy & Expenditure To be Probed By Reps