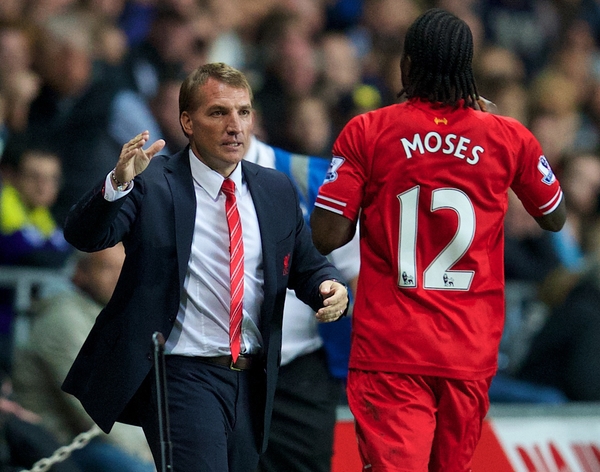 Victor Moses who made a tranfer-deadline-day switch to Premier League giants, Liverpool is settling fast at the Merseyside outfit. The Nigerian attacker has been used in various roles under Brendan Rodgers this season

The 22 year old who loves a direct style of play has dealt with a lot of defenders already this season.

“It’s natural to control and move off quickly. If there’s space I will move towards goal. Every player is different, but I always want to attack and put defenders on the back foot.

It’s all instinctive when the ball comes to me”

“When you are in the middle the ball comes to you more often,

But usually there are more players around to stop you. On the wings sometimes you can drift in and out of the game depending on how things are going.

But you have more space so when the ball comes, you have a better chance of causing problems. You always need to try to influence the game so if the ball isn’t coming, you go inside.

“You have to find a way to influence the game wherever you are playing. But you also need to be aware of the team’s tactical plan.”  he concluded.

Victor Moses has played 17 matches for Nigeria since his debut against Liberia in a 2013 African Cup of Nations qualifier in 2012. He has 6 goals to his credit