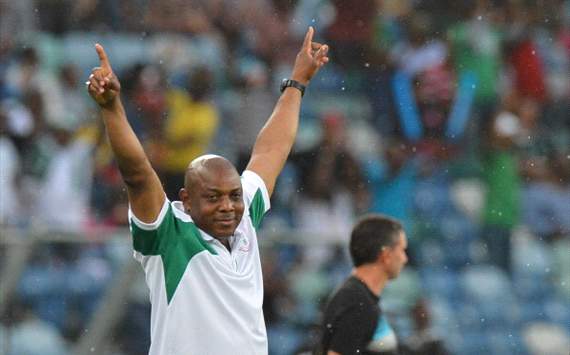 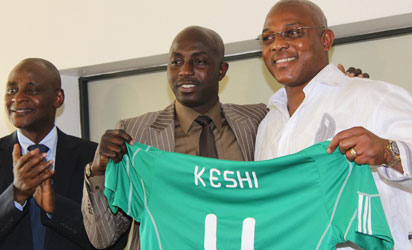 The President of the Nigeria Football Federation (NFF) Alhaji Aminu Maigari is telling anyone who cares to listen that current coach of the Super Eagles, Stephen Keshi will not be sacked before the World cup despite contrary rumours which have been making rounds.

Maikari cleared the air in Lagos Tuesday just after he was honoured with the 2013 Sports Administrator of the Year Award. The NFF expressed shock at the source of the rumours concerning Keshi’s purported sack.

“I don’t know who is cooking up these stories. I think, with great apologies to you guys in the media, these stories are coming from the press because Keshi and I have not sat down to discuss anything like that.”

He commended Keshi and insisted the current Eagles coach will be in Brazil with his boys,

Stephen Keshi had qualified Togo for the Germany 2006 World Cup; their first ever World Cup ticket but was sacked before the mundial

Victor Moses Settling In At Liverpool