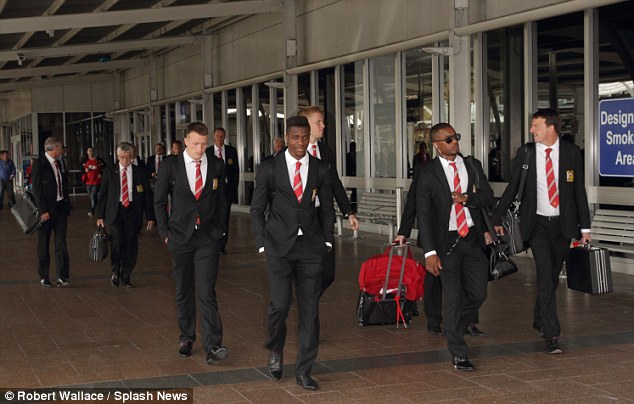 English Premier League Champions, Manchester United suffered a mid-air scare on their way to Germany for their Champions League encounter with Bayern Leverkusen tonight.
The plane conveying the English team was about to land at the Konrad Adenauer airport in Cologne Germany when the scare occurred. They were only 400metres away from landing when the pilot had to pull up again as another Aircraft was on the runway.
The Monarch Airline aircraft which flew the United team had to hover around the Airport in Germany for about ten minutes before landing safely.
Manchester United can secure a place in the round of sixteen if they can clinch a victory in this night’s encounter with Bayern Leverkusen even with a game to spare.

Rio Ferdinand tweeted about the incident

Victor Moses Excited Over Nigerian Player Of The Year Award