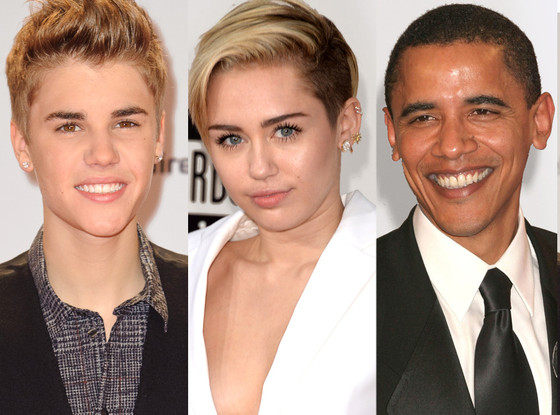 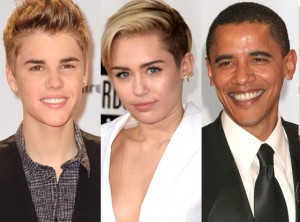 Miley Cyrus is arguably the most talked-about celebrity of 2013. But her hit songs, non-stop twerking and controversial performances didn’t win her any points with GQ.

Surprisingly the magazine listed the 21-year-old “Wrecking Ball” singer among the celebs on their list of 25 Least Influential People of 2013 (seriously!).

GQ Magazine writes, “Didn’t we already go through this with Madonna, and Janet Jackson, and Britney, and Xtina, and that one video in which Alanis was naked on a subway with her hair in front of her boobs and it was really awkward for everyone?” .

GQ said “Miley spent the entire year foam-finger-blasting herself, licking sledgehammers, and basically trying every inane strategy she could think of to rile up America’s few remaining pearl clutchers. What’s sad is that it totally worked.”

GQ magazine also labeled Justin Bieber, one of the world’s top-selling musical acts, just as unimportant when it comes to public impact.

“When you’re a just-legal megastar raising hell and being a brat, people will still give you a chance,” the mag claims. “They’ll blame the money and the fame and probably your parents. But once you lose the baby fat, there are no viable excuses. You are officially just a little s–t for pissing in buckets and cursing out Bill Clinton and writing the exact wrong thing in the guest book at the Anne Frank house and spitting on people and having your monkey confiscated. Also, he dresses like a blind magician.”

The mag added, “One sign Bieber is no longer a cute pop star: He lost a PR war with the Germans, who confiscated his pet monkey.”

Other stars who made the mag’s Least Influential list include Lady Gaga, Ryan Reynolds, Man of Steel director Zack Snyder, Alex Rodriguez, Tim Tebow, Will Smith and his family, royal baby Prince George, Anthony Weiner, Paula Deen, Donald Trump and Dennis Rodman. Oh, and let’s not forget President Barack Obama. The leader of the free world is also apparently one of the least influential people in the world.