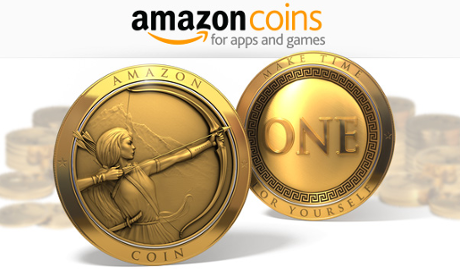 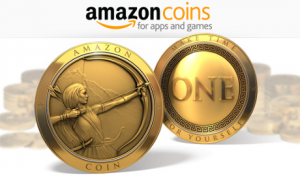 Amazon has launched a virtual currency called Amazon Coins for UK customers, kicking off with an offer of 400 free coins – worth £4 – to every British owner of a Kindle Fire.

The coins can be spent on apps and in-app purchases for the Kindle Fire series of tablets.

Although the coins have an exchange rate of 100 to the pound, the company is also selling them at a bulk discount, rising to 10% for users who purchase 10,000 coins at once.

“Now, customers in the UK can purchase a broad range of Appstore content using Amazon Coins,” says Jorrit Van der Meulen, the vice president in charge of Amazon’s Kindle line.”We are continuously working to enhance customer benefits and Coins is a great new feature that that we know they will love.”

But analysts question the value of the coins to consumers. “There are two benefits,” says Ian Maude of Enders Analysis. “The obvious one for Amazon is getting people to pay the money in advance, boosting Amazon’s cash-flow, and potentially boosting their sales, since most people who buy them are going to spend them.

“I can see also that if you’ve got kids, you could buy them Amazon’s coins and allow them to buy apps without giving them the credit card. But, for adults, is there much of an advantage beyond the discount?”

The 400 free coins are also available to customers who have pre-ordered the new Kindle Fire HDX tablets, which start shipping in the UK on 27 November.

Cell Phone Calls On Airplanes May Be Outrageously Expensive