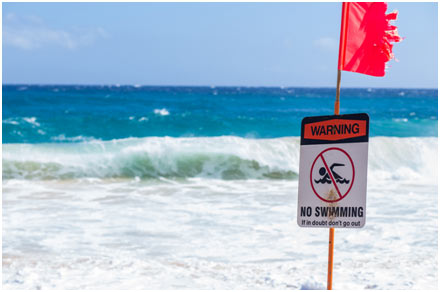 A 45-year-old Irish man has drowned while trying to rescue his daughter as the duo was on vacation in New South Wales, Australia.

Daily Mail reported that the incident happened on Wednesday night at a popular Seven Mile Beach where the daughter was swept out to sea on a body board.

In a bid to rescue his 11-year-old daughter, the father swam into the waves at Lennox Head on the northern coast of New South Wale.

Though he was able to reach her, the heroic father was unable to bring his daughter back to sure.

However, his wife (all names withheld) also swam out and brought her daughter back to shore and alerted the authorities.

It was gathered that the beach was not being patrolled by a lifeguard at the time of the incident.

Two police officers arrived first on the scene and entered the water, but were unable to help find the man until a half hour later when Surf Life Saving rescuers retrieved the man from the water.

Sadly, they were unable to revive him and he was declared dead at the scene.

The wife and daughter were also given medical attention by the on-scene paramedics.

The family is from Lennox Head and officers from Richmond Police District have alerted the Irish Consulate of the man’s death.

A police statement said, “A report will be prepared for the information of the Coroner.”