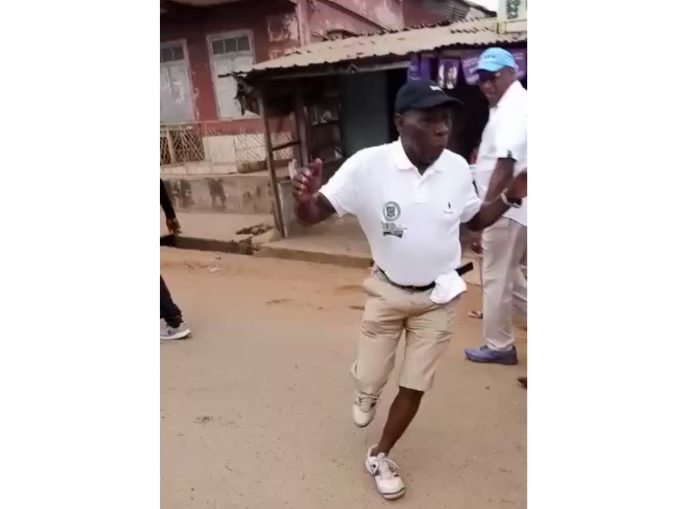 In a video that has gone viral, the former military and democratic leader was seen showing off his agility on Monday, January 16, as he urged his former classmates and current students of the school to form three lines while they marched along the street.

As part of the lineup of activities to celebrate their anniversary, the school organized a road walk for everyone to participate in.

In the trending video, the former President could be seen playing the role of a senior prefect as he led the road walk.

At some point, he instructed the participants to “Form three lines.”