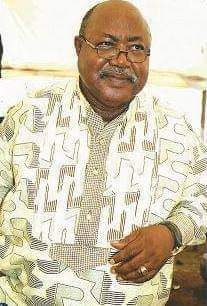 His death was confirmed by a theatre practitioner, Husseini Shaibu, via his Twitter handle on Sunday (January 15, 2023).

He wrote, “I have just been reliably informed that the ethnomusicologist, former Music Instructor with #NATIONALTROUPE and one time stand in for the ‘Papa Ajasco’ character on the popular #waleadenugaprod comic series ‘Papa Ajasco’ Mr. Femi Ogunrombi is dead.”

Cause of Papa Ajasco’s death

Although, the details given by Husseini is quite sketchy, he, however, confirmed that the seasoned Thespian breathed his last on Saturday, January 14, 2023.

The cause of death is currently unknown.

Related Topics:Papa Ajasco
Up Next