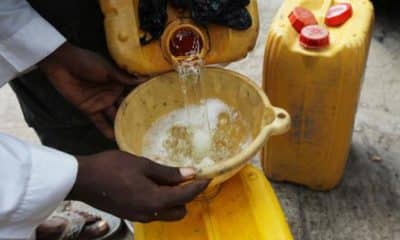 The police in Lagos State have said that an argument over leftover fuel from a carnival has reportedly resulted in the death of one Mr Fubara Onyengi.

Hundeyin told the newsmen on Friday that Onyengi reportedly died from stabbing, following the argument.

Hundeyin said that a brother to the deceased, whose name was not mentioned, reported the case at the Estate Police Station in Amuwo-Odofin.

He said that the deceased’s brother told the police that at about 7.00 a.m. on January 1, his brother was stabbed in the throat by someone simply identified as Sunday.

“The deceased’s brother said his brother gave up the ghost when he was rushed to a private hospital located at Lakeview Phase 2, Amuwo-Odofin.

“Detectives from the police station swiftly visited the scene; the suspect was arrested and the knife allegedly used for the crime recovered.

“The scene was photographed and the corpse removed from the private hospital and deposited at the Yaba General Hospital mortuary for autopsy, while investigation continues,” he said.