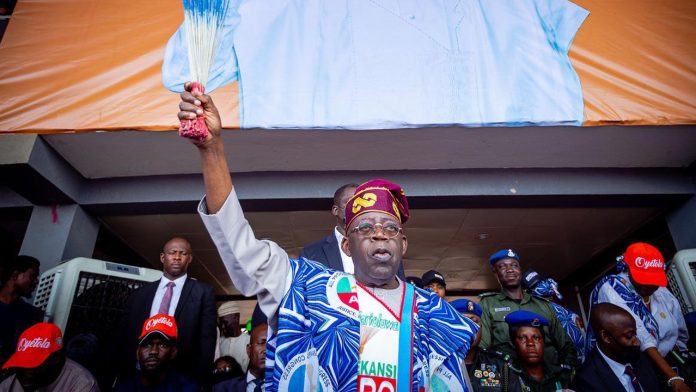 Keyamo spoke on Wednesday during an interview with Channels Television. But Nigerians on twitter are still reacting to the outing by the Senior Advocate of Nigeria.

The former Lagos governor has also been accused of alleged involvement in drug trafficking in the US — an allegation that has elicited varied reactions on social media.

On Tuesday, the social media was awash with what appeared to be certified true copies of a settlement order issued by a US court domiciled at the northern district of Illinois regarding forfeiture of funds in some bank accounts linked to Bola Tinubu.

Tinubu was not treasurer of a narcotics group as being speculated, says Tinubu/APC Presidential Campaign Council spokesman Festus Keyamo.