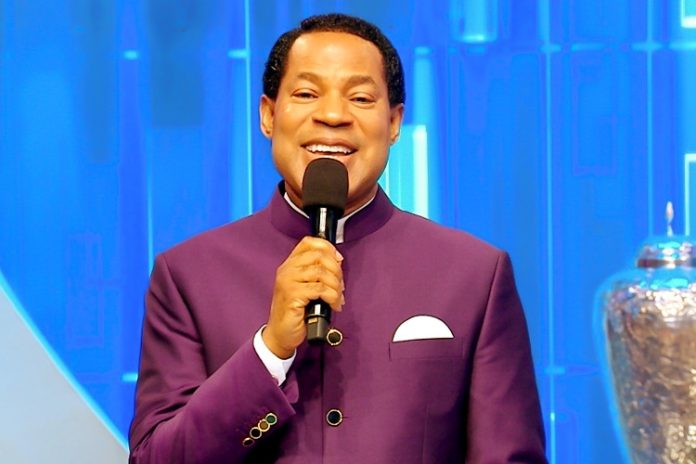 He was born on the 7th of December 1963 in Edo State to Elder  T.E Oyakhilome and Angelina.

Pastor Chris is the founder and president of LoveWorld Incorporated, also known as Christ Embassy, based in Lagos, Nigeria.

He also has an honorary doctorate in divinity from Benson Idahosa University.

Pastor Chris started his pastoral work while still a student at AAU. His ministry began as Youths for Christ (YFC) before changing its name to Believers’ LoveWorld Fellowship, now Believers LoveWorld Incorporated (YFC).

YFC expanded to become the largest campus fellowship. Along with Christ Embassy, Pastor Chris founded Believers LoveWorld Incorporated (BLW) in 1989. The church’s headquarters are in Lagos. Believer’s LoveWorld has grown into a global ministry with millions of followers and associates worldwide.

Pastor Chris’ television network became the first Christian station to transmit to the rest of the globe from Africa in 2003. Because of the popularity of this television ministry, other television outlets have been established around the world, including LoveWorldTV in the United Kingdom, LoveWorldSAT in South Africa, LoveWorld PLUS in Nigeria, LoveWorld Canada in Canada, and LoveWorld USA.

Oyakhilome manages an internet prayer network that sends messages to Christians all over the world via social media.

He is also the author of “Rhapsody of Realities,” the world’s best-selling daily devotional. Oyakhilome received honorary doctorates from Ambrose Alli University and Benson Idahosa University in 2015. In 2017, Oyakhilome co-founded the Christian cable channel LoveWorld USA with Benny Hinn.

Pastor Chris also established the Inner City Mission of Christ Embassy, a ministry to children living in our world’s inner cities to give them hope and a future.

Chris is also the host of “Atmosphere for Miracles,” a show on major television networks in the United States, the United Kingdom, Asia, and Europe.

Pastor Chris was previously married to Anita Obhodaghe. Anita and Chris are blessed with two children. Carissa Sharon, and Charlene.

Pastor Chris Oyakhilome is reportedly one of the richest pastors in Nigeria, with a net worth of $126 million

Volunteer Medical Corps members can go out into the community and provide medical aid to needy people. They also create long-term solutions that empower communities. Pastor Chris understands that his global community’s needs are physical and spiritual.

The “Bible For All” program’s purpose is to make the written word of God available in every home. Every year, they translate and distribute Bibles to hundreds of thousands of individuals.

In 2014, Anita Oyakhilome filed a divorce for the dissolution of her union with Pastor Chris. She filed for divorce for adultery and ‘unreasonable behaviour.’

The union was, however, dissolved in 2016