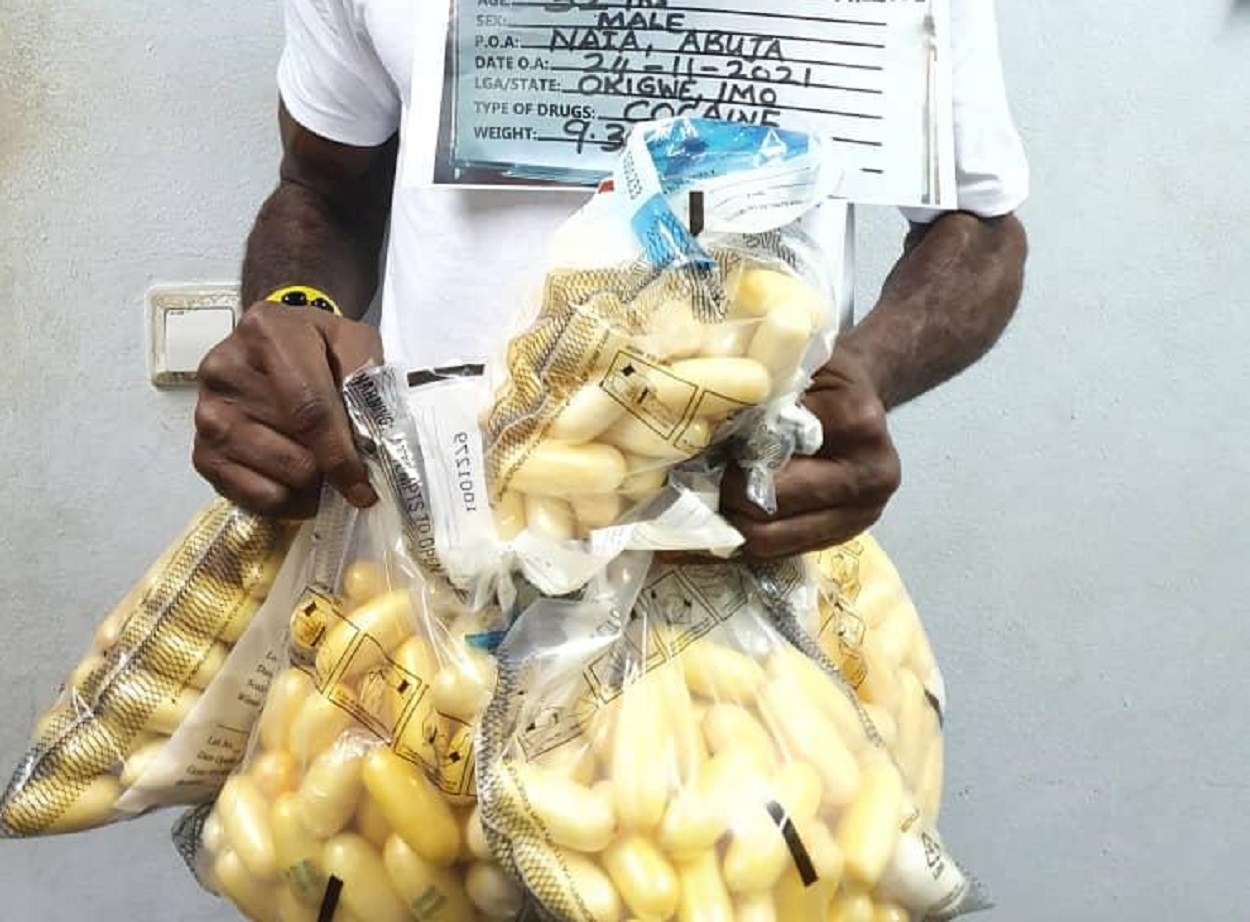 A suspect arrested at Abuja airport by the National Drug Law Enforcement Agency (NDLEA) on Wednesday has narrated why he got involved in the illegal business.

In a statement by the Director, Media and Advocacy, Femi Babafemi, the suspect was caught with 9.30kg of cocaine wrapped in candies wraps.

The statement reads; “The suspect who hails from Obaha Okigwe village, Okigwe Local Government Area of Imo state, lives in Liberia where he works as a miner.

“He was arrested during an inward joint search of Ethiopian Airlines flight 911 at the Abuja airport on Wednesday 24th November 2021 with 9.30kg cocaine with each pellet wrapped in candies wraps and concealed in his luggage.

“During his preliminary interview, Chinedu claimed he left Nigeria in 2018 to settle in Liberia where he now has a residence permit.

“He however added that economic pressure and the need to raise money to treat his mother for an eye problem led him to seek help from a friend in Liberia who introduced him to another friend based in Addis Ababa, Ethiopia who eventually gave him the drug to deliver in Abuja for a fee of N1million”.

According to the suspect, he was initially scheduled to deliver the drug in Ivory Coast but was re-routed to Nigeria at the last minute.