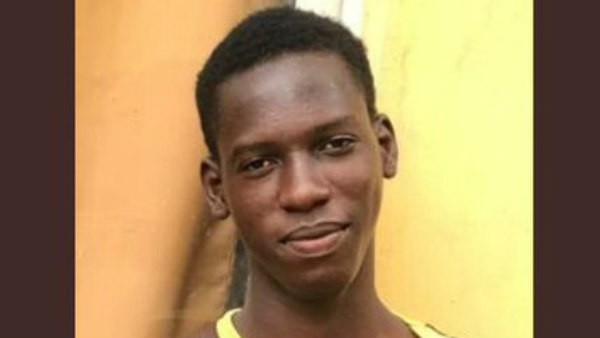 This investigation is on the unresolved killing of three Nigerian journalists while on assignments between 2019-2020. For six months, Nigerian investigative journalist, Patrick Egwu investigated these murders, those behind it and the growing calls for justice by families of victims and press freedom groups. This is the first part in a four-part series.

LAGOS, Nigeria – October 2020 witnessed waves of protests and agitations against police brutality across Nigeria and major cities abroad – London, Paris, Toronto, Johannesburg, New York and elsewhere. Like the Black Lives Matter, the protests became a social, decentralized movement for thousands of Nigerians who took to the streets to demand an end to systemic police brutality and the disbanding of the Special Anti-Robbery Squad [SARS], a rogue police unit notorious for illegal arrests, torture and extrajudicial killings.

Pelumi Onifade, 20, a trainee journalist with Gboah TV, an online broadcast platform, had been covering the protests since it started in the first week of October. On October 24, Onifade was reassigned to cover a related assignment – the looting of food warehouses where the government had hidden Covid-19 relief supplies in a community in Lagos, a city in Southwest Nigeria. Looters had taken advantage of the ensuing chaos created by the protests to break into the warehouses and cart off supplies. It would turn out to be Onifade’s last reporting assignment.

A team of policemen attached to a government task force team on environmental sanitation had been deployed to clamp down on the mob. They arrived in three police vans and started shooting sporadically at the densely populated residential community where the warehouse was located.

Onifade was shot in the back and taken away in a van, according to eyewitnesses. For several days, his family and employer declared him missing and searched everywhere for him – police stations, hospitals and morgues. On October 30, his family later found his corpse in a morgue.

“I heard a gunshot from where I was hiding,” said Onifade’s colleague who was with him during the assignment and would not be named for fear of reprisal from authorities. “I didn’t know it was him, so immediately I stepped out, I saw blood stains from a distance, his press jacket, ID card and the task force team taking his body into the van.”

His colleague had approached the task force team and told them that Onifade was a journalist but the police threatened him with guns and ordered him to leave the area.

“They pointed their guns at me, seized my phone and threatened to shoot me if I came closer after I introduced myself as a journalist. I didn’t even know why they left me because I was surprised, they took some people and didn’t take me with them.”

When Onifade’s family and employer got to the morgue, they saw the bullet hole that hit him from the back.

More than a year after the killing, no one has been arrested in connection with the killing. The police and task force team have repeatedly denied any involvement. But the head of the government task force, Yinka Egbeyemi, who is also a senior police officer, said that he was not part of the team deployed to the food warehouse where Onifade was shot, but admitted that his second in command, Taiwo Akerele, led the operation.

“While we were at the meeting, he [Taiwo] claimed that two people died but he didn’t say if they were responsible for it,” said Lekan Egberoungbe, the lawyer representing Onifade’s family who earlier had a meeting with the police authorities where his body was found. “Now it’s on him to say who among his men actually killed the boy if he was not the one because he led that operation on that day.”

Egberoungbe said no inquest was ordered to investigate his death and, in most cases, the government and security agents do not take responsibility for human rights abuses because “they would be looking for excuses to cover up what they have done wrong.”

The police command did not respond to queries about Akerele’s role in the operation where Onifade was shot and taken away.

“We have not been given any information and we don’t know who even took his body there in the first place,” said Bose, Onifade’s mother. “Something must have happened for his body to end up at the morgue.”

Bose said her last conversation with him was a day before he was shot by the police while on an assignment. “He loves football so much,” she recalls. “I cooked porridge that morning and was hoping he will eat some when he returns.”

A few days after his body was found at the morgue, about a dozen of his colleagues and friends took to the street to protest and seek justice.

“I beg Nigerians to help me find those who killed him,” Bose emotionally said.

Onifade, who is currently the youngest Nigerian journalist to be killed by agents of the state, was respected by his colleagues who praised him for his hard work. They said he often advocated for peace using factual reporting.

“He was not someone that runs away from assignments and tasks that other people won’t do,” said Onifade’s colleague who witnessed the shooting. “He was willing to do anything especially when it comes to demanding justice and truth.”

Onifade is definitely not alone in the growing violent attacks on journalists in Nigeria. According to the Committee to Protect Journalists [CPJ], a US-based independent nonprofit which works to protect press freedom and the rights of journalists around the world, 12 Nigerian journalists have been killed from 1992 to 2020. Three more have been killed between June to November, 2021.

The 2021 World Press Freedom Index compiled by Reporters Without Borders [RSF] ranked Nigeria 120th of the 180 countries sampled. The RSF says “Nigeria is now one of West Africa’s most dangerous and difficult countries for journalists, who are often spied on, attacked, arbitrarily arrested or even killed.”

“This is a kind of constant situation in Nigeria where officers that attack journalists are not held accountable and this sends a message that there would be no consequences for attacking journalists,” said Jonathan Rozen, CPJ’s Africa Researcher. “When journalists have to fear for their lives and safety when they go out to cover issues of public interest including demonstrations, that hinders the ability of the freedom of the press to exist in Nigeria.”

In the wake of the 14-days of nationwide protests which garnered global attention and solidarity, the government disbanded SARS and announced a wide range of policing reforms.

A judicial panel of inquiry was set up across the country to investigate reported cases of police brutality and compensate victims.

“The panel is looking into infractions on citizens by the police and so if those people that killed the young man [Onifade] are attached to police units in the state, I think the panel has the jurisdiction to look into it,” Egberoungbe said. “We have argued and raised an objection to this but we have not been called and this sends a very wrong signal.”

Egberoungbe, who has appeared at the hearings of the panel seven times, said he has not been impressed with the exclusion and added that the government needs to compensate Onifade’s family for the injustice committed against them by agents working for the state.

“His parents were looking up to him, that if he succeeded in his profession, he could pay off for all they had gone through in life, and so the boy was just killed like that and nobody was actually doing anything about it,” he said.

Bose says she was not hopeful of any positive outcome from the panel which ended its hearings in October, exactly a year after it was set up and released its report in November. “They haven’t answered us and the last time we went, they said they would get in touch with us,” she said. “All the time we’ve been going, they always say it is not related to the protests to disband SARS.”

Corpse still held by the government

Onifade’s corpse has not been released to his family more than a year after his killing, denying the bereaved the honour of burying the dead and paying their last respects.

Autopsy reports or his death certificate have also not been made available to his family but have instead remained in the government’s custody. Following pressure from Onifade’s family and their lawyer, the government through John Obafunwa, the chief pathologist of Lagos State University Teaching Hospital, a state-run hospital that conducted autopsy on some 96 victims of police brutality as a result of the protests against police brutality last year, asked Bose to come for a DNA test so the body of her son could be identified.

However, Bose says she has provided blood samples for the test since February and nothing has been heard of the outcome from the government.

Obafunwa, a professor of forensic pathology who conducted the DNA test, declined several requests for an interview on the outcome of the test and if Onifade’s body has been identified.

Bose is currently pleading with the authorities to release the body of her son for proper funeral rites. Across Nigeria, burial ceremonies for the dead are a significant part of the cultural and spiritual beliefs of the people.

“I want to bury my son. The government will not bury my son,” she said.

Egberoungbe said “The young man has died but I want a situation where his corpse is released to his parents. That boy was killed by the state and there is no doubt about it.”

Bose said the killing of Onifade has left a vacuum in the family. Every morning, she wakes up thinking about him and the beautiful memories they shared together.

“He was such a blessed child and not violent in any way,” she said. “He was jovial with everyone including children and never for once gave me a reason to cry until he was killed in his prime and not allowed to be a benefit to me.”

For a minute, Bose remained emotional and downcast as she held up a photo of Onifade with his two younger siblings. Phoebe, 11, one of the siblings, stood close to her as she wiped off tears trickling down her cheeks.

“I cannot forgive them,” she says. “It is God who will judge all humanity. If what was done to him [Onifade] was just, let God be the judge because I don’t know any influential person who will help me except God.”

This reporting project on the unresolved killings of Nigerian journalists is supported by the Justice for Journalists Foundation (JFJ), a London-based non-governmental organization. JFJ funds journalistic investigations into violent crimes against media workers and helps professional and citizen journalists to mitigate their risks.