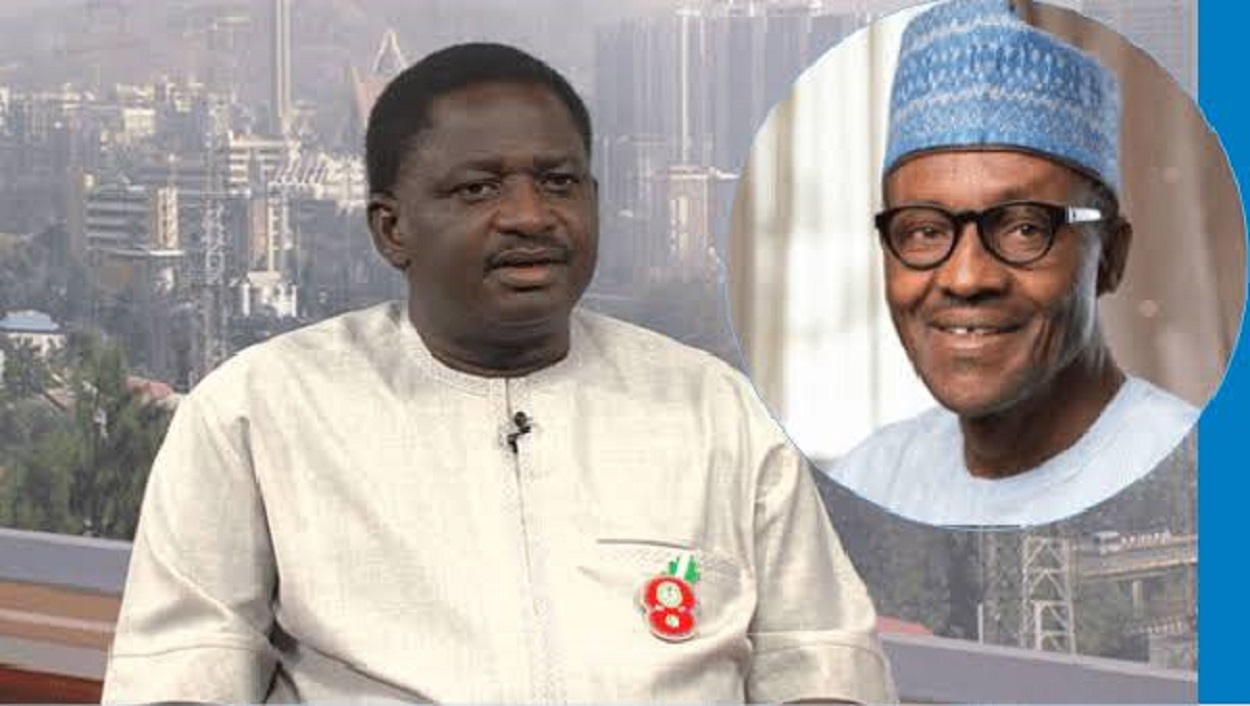 The Presidency has listed numerous jinxes broken by the Buhari administration in recent times.

Mr Femi Adesina, the Special Adviser to the President on Media and Publicity, listed the jinxes in a special write-up on Sunday in Abuja.

He stated that “a giant-sized jinx was broken recently when the Nigerian National Petroleum Corporation (NNPC) announced a first net profit in the 44-year history of the organisation.

According to him, under President Buhari, who doubles as the Minister for Petroleum Resources, the oil conglomerate announced a first-ever profit of N287 billion, saying such had never happened before.

He, however, observed that this feat was by no means the only major jinx broken by the Buhari administration.

The presidential aide listed other jinxes broken to include the “Petroleum Industry Bill signed into law in 2021, after almost two decades in the works.

“It is aimed at reforming a Petroleum Act dating back to 1969, as well as other supplementary laws and regulations.

“More than six billion dollars of inherited cash call arrears now being cleared by the Buhari administration, since 2016.

“More than three billion dollars of the arrears (payments due to International Oil Companies) have since been paid,“ Adesina said.

He said the Buhari administration has also overseen the first successful Marginal Fields Bid Round in almost 20 years.

“Restoration of the Federal Budget to a January-to-December cycle, after more than a decade, he said.

The presidential aide said that the Nigeria Centre for Disease Control (NCDC) though established in 2011 did not have an enabling Act of the National Assembly until 2018 when President Buhari assented to the NCDC Act.

ALSO READ: Gunmen kidnap monarch from his palace in Niger

“Nigeria Police Act, 2020: The first overhaul of the Police Act since it was originally enacted in 1943

“Finance Acts 2019 and 2020 – the first time ever that federal budgets are being accompanied by dedicated and specific reform legislation, to support implementation.

Adesina also listed the suppression of Piracy and Other Maritime Offences Bill (SPOMO), 2019 as one of the jinxes broken, pointing out that it was the first of its kind in the entire Gulf of Guinea dedicated to prosecuting maritime offences.

He said the Discrimination Against Persons With Disabilities (Prohibition) Act, 2018 was another unprecedented piece of legislation in Nigeria and Treasury Single Account (TSA),  started in 2012, expanded across the entire government by President Buhari.

Adesina also listed the completion of some major projects by the Buhari administration to uplift the quality of life of the citizens.

He said the projects included the Itakpe-Warri Rail Line, started in 1987, abandoned for decades, and finally completed in 2020.

According to him, Buhari is the first president to start and complete a rail project in Nigeria’s history – Lagos-Ibadan Rail.

READ ALSO: Why there are little disagreements between me and Aregbesola — Oyetola

“Apapa-Oshodi-Oworonshoki Expressway, undergoing full reconstruction for the first time since it was constructed in the late 1970s.

“Bodo-Bonny Bridges and Road: Construction finally kicked off in 2017, after several decades of planning, and three false starts.

“The long-awaited Ogoni Clean-Up kicked off under the Buhari Administration,’’ he added.

He also disclosed that the Nigerian Navy had in 2021 acquired its first new Landing Ship Tank (LST) in more than 40 years.

He added that the Nigerian Air Force had enjoyed the largest investment in fleet renewal in decades, under the Buhari administration, acquiring more than two-dozen new aircraft since 2016.

Adesina revealed that the administration had also ensured the construction of the first full-scale private refinery and the first privately financed Deep Sea Port in Nigeria’s history both started under President Buhari’s watch.

“Only one Modular Refinery in the country pre-2016. Since 2018, there have been several either under construction or already completed.

“Maritime University, Delta State, licensed by the NUC and operationalized in 2018,’’ he said.

He further stated that the administration had ensured the completion, since 2016, of 12 inherited dam projects across the country.

Other achievements of the administration, according to Adesina, include the completion, since 2016, of seven inherited Irrigation projects and 30 Water Supply Projects inherited by the Administration.

He also listed the completion of the headquarters of the EFCC, NDDC Complexes, started in 2011 and the mid-1990s, but completed 2018 and 2021, respectively.

Adesina said that the Zik Mausoleum, started in 1996, was also completed and inaugurated 2018 by the Buhari administration.

Related Topics:BuhariFemi Adesina
Up Next