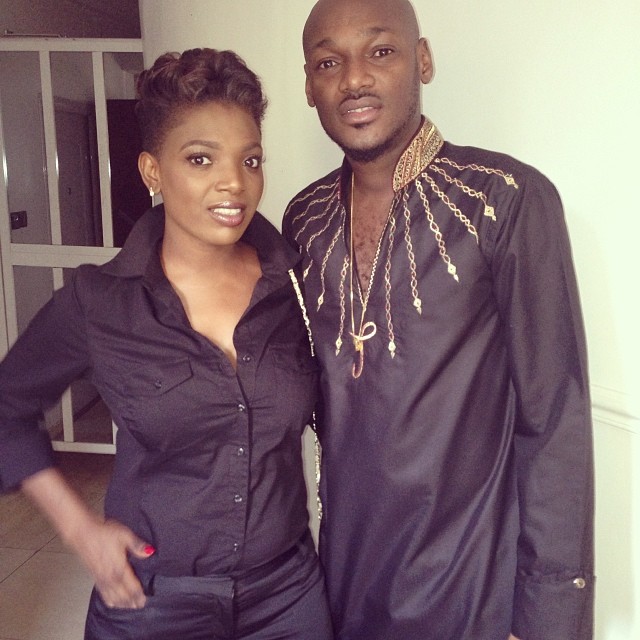 A Nigerian Catholic priest serving in Malawi, Fr Kelvin Ugwu, has reacted to the crisis rocking the marriage of 2face Idibia also known as 2baba after an Instagram post by his wife, Annie, alleging infidelity.

NewsWireNGR recalls the model in an Instagram story (now deleted) claimed 2Baba slept at one of his baby mama, Pero’s house for days during his trip to the United States.

“What kind of man takes his kids to Disney and spend nights in the same apartment with his kids and their mother? How many times have you gone to see your kids with Pero? and she stays with you and the kids under the same roof?”

She also said; “I have made so many sacrifices for you and all your children. God knows I have I tried. Your baby mamas constantly use your children as an excuse for all sort of rubbish.”

Reverend Kelvin in his remark in a post on his verified Facebook page said; “Annie and Tuface’s Marriage Before Social Media Court: Why is everyone talking about the marriage of Annie and Tuface? Why are some of their ugly stories trending? Why are people taking sides either for Annie or for Tuface?

“Simple. . . Someone decided to carry a private matter to social media as if part of the vows they took in church was to update social media people the stories coming out from their bedroom.

“Tuface met Annie when she was 15. Even before he shot the Africa Queen video in 2004, they were already dating. These two know themselves more than whatever anyone may want to analyze. They will still know how to sort their issues themselves.

“In life and in marriage, there are times when you will surely feel like shouting and screaming for all to hear. There are times you just wish to report everything to social media. . . But from experience, social media will increase the problem instead. People don’t really care. Even if they do, there is no how they will know the whole story between you both.

“In fact, there are those who are just waiting to use your story to catch cruise and get traffic. Some influencers who have never been on your shoes will paint you with a colour even Michaelangelo never knew existed.

“We can understand with Annie on what she is passing through, but at the end, you still need some level of discipline and emotional maturity to know the right place to take your problem to and be helped adequately. This is why we have trained counsellors, psychologists, lawyers or trusted friends”.

Our first son is not mine, OAP Nedu replies ex-wife