1 day ago
Former CBN Deputy Governor, Obadiah Mailafia, is dead
2 days ago
How I spent N6m to treat COVID-19 at Gbagada isolation centre — Pete Edochie’s son
2 days ago
Bandits escape as joint team of Army, Airforce, DSS, others rescue officer abducted during attack on NDA
3 days ago
How LAUTECH Professor died in Ogbomoso mosque
4 days ago
Prince Harry and Meghan, The Duke and Duchess of Sussex write about Ngozi Okonjo-Iweala

Nigerian musician, Iyanya Onoyom Mbuk, stage name Iyanya, has only reacted to his new political appointment in a low-key manner.

This is despite the wide coverage that he has been appointed as a new special assistant to the Cross River state governor, Ben Ayade.

Iyanya in a press statement by the state government was appointed as Senior Special Assistant on Tourism and Entertainment.

His appointment along with 12 others was ordered by the state governor, Ayade, to take “immediate effect”. 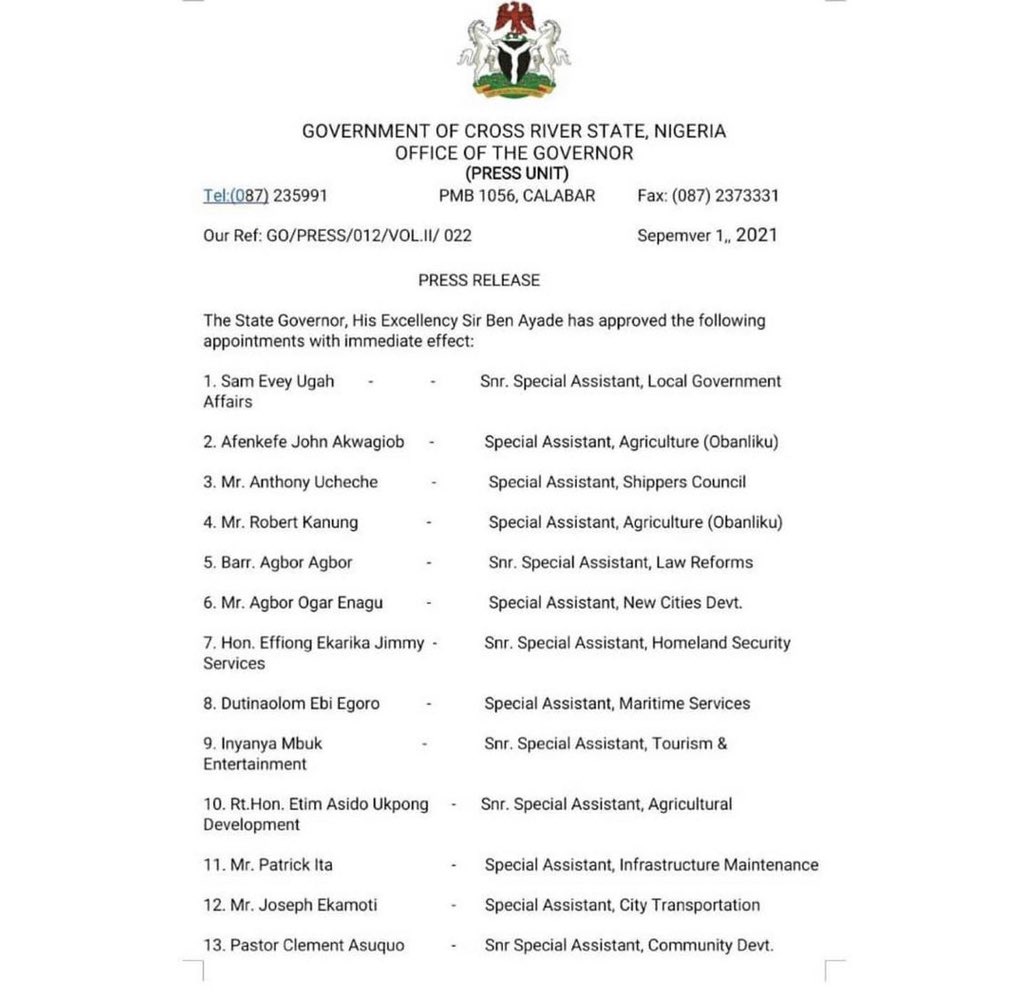 NewsWireNGR however observed that unlike the typical actions of celebrities, Iyanya has not posted anything in this regard (at the time of filing this report), except the change of his Instagram bio to read; “Senior Special Ass. @sirbenayade, (Tourism & Entertainment) CRS Gov.”

Meanwhile, there was a post 3 weeks ago, where he lauded the governor saying; “Let the world know that when a child cries for help and his father helps it’s a privilege.

“I have a father in the governor of cross river state who never ceases to help the helpless. I join the rest of Cross Yiver youths and music talents all over the world to thank you for your usual assistance.

“God is with you as you drive our dear state to greater heights. God bless you sir @sirbenayade”.

Prince Harry and Meghan, The Duke and Duchess of Sussex write about Ngozi Okonjo-Iweala