Electoral Act: There's no perfect law, can be amended in future — Presidency 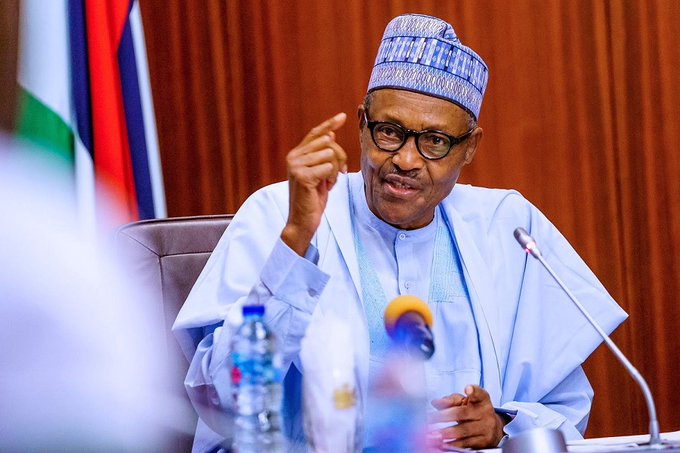 The Presidency has said that the controversial Electoral Act Amendment Bill and the Petroleum Industry Bill, PIB recently passed by the National Assembly can be submitted for amendment in future, noting “there is no perfect law”.

This was stated by the Senior Special Assistant to President Muhammadu Buhari on National Assembly Matters, (House of Representatives), Umar Ibrahim El-Yakub, at a briefing in Abuja.

El-Yakub was reacting to a question of whether the Presidency would take into consideration the backlashes that had trailed the passage of the bills.

He said: “Let me say that there is no perfect law and we all know that the exigencies of the moment determine the actions that people take.

‘’In the case of the Electoral Act (Amendment) Bill; there already exists an Electoral Act. But it is in the wisdom of the lawmakers and those that sponsored the bill that there needs to be some amendments to that Act. And because there exists in the legislative process, a framework that can be used to make amendments, that law is being amended.

‘’So, I believe that any law that we have today can be subjected to amendments in the future, depending on the circumstances and exigencies of that moment.”

Hailing the cordial relationship between the House and the Presidency, El-Yakub said it had resulted in the passage of over 15 bills that had also received presidential assent.

He said: “Let me use this opportunity to thank the leadership of the House of Representatives for their commitment to service and for their resolve in partnering with the executive to ensure the delivery of service to Nigerians. Indeed, they have kept their words.

“As we know, the 9th Assembly had a resolve with the executive arm under the leadership of President Muhammadu Buhari to work in a cooperative and collaborative manner to ensure the delivery of good services and governance for the people.

“We have achieved such a milestone in this partnership and relationship culminating in so many programmes and initiatives of government and policies that have been actualised.

“I make bold to mention and commend the leadership of the National Assembly for returning the budget circle of January to December. That was achieved primarily because of this cooperation between the executive and the legislative arms of government and for the benefit of Nigerians.

“We know the benefit of a budget that is being implemented on time because of the impact it has on our economic and social wellbeing as Nigerians.

“The relationship is being anchored on the respect for separation of powers between the executive and the legislature as enshrined in the Nigerian constitution which,, of course, also understands that there is one government but essentially, the various arms of government work in a creative, cooperative and collaborative manner to ensure there is constructive and meaningful engagement to deliver services to the people.

“Of course, like I mentioned earlier, having such a good relationship further reinforces the confidence of the electorate and the Nigerian people in their government because there is synergy, there is cooperation, there is respect and there is understanding of coming together for a common purpose to achieve the desired goals.

“We have seen in the way nominees of the President have been cleared by the two chambers of the National Assembly, especially the service chiefs which also the House participated in their screening and clearance.

“The relationship has been very cordial between the House of Representatives and the executive arm of government and it has been harmonious and certainly very collaborative and this has been possible because of the corporation between the two arms of government in terms of engagement.
“I can tell you within the last session which they just went on break for, 15 bills were assented by Mr. President and of course other bills were transmitted and I can’t give you the exact number of the bills that has been transmitted. I think is a commendable thing.

“We hope and pray that we will deepen and sustain this relationship for the purpose of ensuring service delivery and good governance to the Nigerian people as we are all partners in nation building.’’

The Special Assistant also said though both arms of government could disagree on issues, the objective of entrenching governance remained the goal.

“I will not canvass a rough relationship because it does not deliver results. Both the Executive and the Legislature are supposed to be responsible leaders. They were elected by Nigerians to collaborate and work for them.

‘’We operate one government with the three arms of government and there are tiers . We are all supposed to work for the order and governance of this country. We are supposed to be partners. We can certainly disagree and in their oversight functions, the legislature has the responsibility to oversight the executive,” he said.

Recalling the recent invitation of President Muhammadu Buhari to the House to brief the lawmakers on the security situation in the country which he later failed to honour, El-Yakub said the leadership of the National Assembly changed its mind, a development he said, made the President sit back in his office.

“This President has respect for separation of powers as enshrined in the constitution. And of course I just made a point to the fact that the President had to give directives that his ministers and MDAs must honour invitations of the National Assembly, not only in budget defense but in all cases.

‘’The invitation you are referring to, of course the President respects their rights to that invitation and certainly there was a change of thinking by the leadership, otherwise, the President would have been there for the briefing.

“I ‘m sure you remember the service Chiefs were invited and they came to the National Assembly because they felt that before they invite the President they needed to have a broader explanation and in the event that the National Assembly felt it’s very important to invite the president I’m sure he will honour the invitation because he has respect for them,” he said.