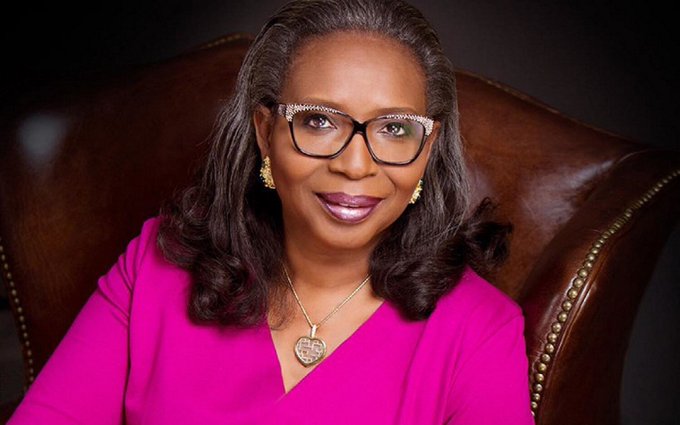 Sacked former chairman of First Bank Nigeria Limited, Mrs. Ibukun Awosika, has insisted the decision to sack reinstated Managing Director of the bank, Adesola Adeduntan, was taken in the best interest of the institution.

She said maintained consistency in her contributions to development of the bank in over five years as chairman in an Instagram post late Friday.

Awosika explained she joined the bank’s board in October 2010 after which she was appointed to chair the board of FBN Life Insurance Limited.

Central Bank of Nigeria (CBN) had wielded the big stick on Awosika and Chairman of FBN Holdings, Mr. Oba Otudeko on Thursday.

Awosika, in a statement shared on Instagram, titled “My FBN Group Journey”, stated the decision to end the tenure of Adesola Adeduntan as the bank’s Managing Director was taken in the bank’s best interests.

CBN argued the tenure of Adeduntan was yet to expire.

She said: “In October 2010, I was appointed to join the board of First bank of Nigeria.

“A few months later, I was appointed to chair the board of its startup FBN Life Insurance Limited (a joint venture with Sanlam of South Africa). As its pioneer chairman, I had the privilege of working with a strong management team led by Val Ojumah.

“Together with the rest of our team we built a company that became profitable in twenty four months and continues to be so.

“In early 2013, I was moved from FBN Life Insurance Ltd to assume the chairmanship of FBN Capital working with a brilliant team led by Kayode Akinkugbe as the Managing Director.

“We worked hard to build the institution, bought Kakawa Discount House which I was again asked by the Group to Chair.

“We eventually merged the companies to create the FBN quest Merchant Bank Group, which I chaired until my appointment as chairman of First Bank of Nigeria on January 1st 2016.

“For over five years, I have worked with a dedicated team of board and management, with the support of the Central Bank of Nigeria to rebuild and restructure the institution for its future.

“I am confident we have brought First Bank of Nigeria to a place where it is more than able to deliver utmost value to its stakeholders and the nation at large.

“As a board, we acted in what we clearly believed to be in the best interest of the bank and we had great plans and aspirations for where the bank could go to in its future, building on all the work that has already been done in the last five plus years.

“Without a shadow of doubt, I will unequivocally state that I have always acted in honor and integrity with the utmost interest of the institution, all our stakeholders and the nation.”

Workers in Nigeria have “never had it so bad” – Atiku Abubakar