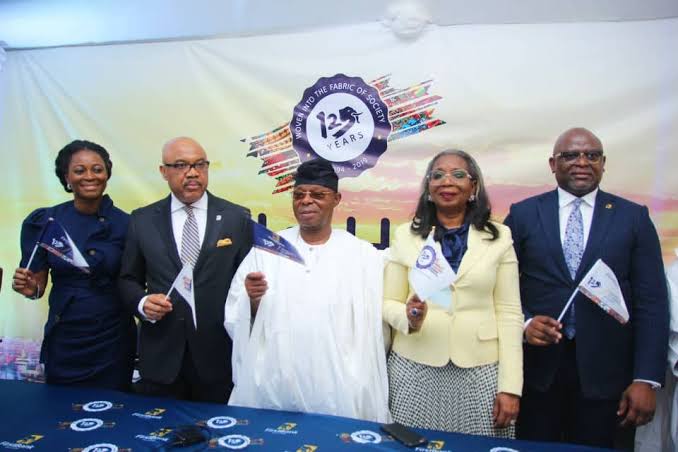 Among those affected are chairmen of the two entities, Mr. Oba Otudeko of FBN Holdings and Mrs Ibukun Awosika of FBN.

The apex bank, however, directed U.K. Eke to remain as the group chief executive officer of FBN Holdings Plc.

Godwin Emefiele, governor of the CBN, announced this during a press briefing on Thursday.

He also directed the constitution of an interim board to clean up and stabilise the tier-1 lender.

Godwin Emefiele cited insider abuse, insider credit and breakdown of corporate governance as the reason behin d the sacking of the board of FBN Holdings, Nigeria’s largest bank. The CBN governor further announced the reinstatement of Dr Sola Adeduntan as the Managing Director of the interim Board after he was removed by the now sacked board of First Bank Plc.

According to the Governor, “First Bank of Nigeria is one of Nigeria’s systemically important banks given its historical significance, balance sheet size, large customer base and high level of interconnectedness with other financial service providers.”

Emefiele also revealed: “The bank (FBN) has not also divested its non-permissible holdings in non-financial entities in line with regulatory directives”.

First Bank of Nigeria, Emefiele said, was gradually working its way out of the dire situation it found itself before 2016 but the belligerence of some board members forced its hands.

According to him: “The bank maintained healthy operations up until 2016 financial year when the CBN’s target examination revealed that the bank was in grave financial condition with its capital adequacy ratio (CAR) and non-performing loans ratio (NPL) substantially breaching acceptable prudential standards”.

The problems at the bank, the CBN Governor, explained “were attributed to bad credit decisions, significant and non-performing insider loans and poor corporate governance practices”.

The shareholders of the bank and FBN Holding Plc Emefiele said: “Also lacked the capacity to recapitalise the bank to minimum requirements. This conclusions arose from various entreaties by the CBN to them to recapitalise”.

However the CBN, he said, stepped in to stabilise FBN with the “appointment of a new Managing Director/ Chief Executive Office in January 2016”.

Other interventions employed to save FBN from collapse, the Governor highlighted, include granting FBN “regulatory forbearances to enable the bank work out its non-performing loans through provision for write off of at least N150 billion from its earning for four consecutive years”.

Another is the granting of concession to insider borrower to restructure their non-performing credit facilities under very stringent conditions and the renewal of the forbearances on a yearly basis between 2016 and 2020 following thorough monitoring of progress towards exiting from the forbearance measures”.

Despite these interventions to save FBN, Emefiele said he was shocked to hear of the sack of the Managing Director Sola Adeduntan from media reports after he had made entreaties to the Chairman of FBN Holding Plc Oba Otudeko not to.

Meanwhile, shares of First Bank Holdings plunged 6.7 percent — the biggest daily loss in three months — to N6.90 on Thursday as investors sell 51.5 million units in the tier-1 lender. It was the most traded stock by volume and valued at N359.83 million.

Related Topics:First Bank
Up Next

How Christ Embassy’s biggest donor defrauded investors of over N171Billion